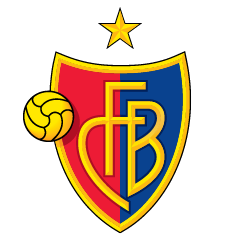 Basel has already jumped over its head and for the team from Switzerland getting into this stage is already a success. After the failure in the Champions League, Shakhtar gained speed and is successfully playing everywhere. The Ukrainian Championship has already won and all forces are thrown into the Europa League.

This year Shakhtar won the Ukrainian championship title for the 13th time. The Donetsk club won gold in a fair fight and won this title ahead of schedule, several rounds before the end of the protracted Ukrainian Premier League tournament. The Orange-and-Blacks won 26 victories in 32 rounds and finished four matches in a draw.

The moles started their way in European competition in the Champions League, where they lost their place in the playoffs to Atalanta only in the last round, but bypassed Dynamo Zagreb. In the spring-summer part of the playoffs, Luis Castro's charges dealt with Benfica (5: 4 on aggregate) at the first stage and at the 1/8 finals they beat Wolfsburg in two duels with a difference of five months with a total by a score of 5:1.

Ismaily, Malyshev and Khocholava, who received a red card in the last game, will not be able to take part in today's game.

Basel are one of the few teams that came to the final stage of the Europa League in Germany, which started in the group stage of this tournament. The Swiss club managed to take first place in the group, pushing Getafe to the second place. In addition, FCB was knocked out of the competition by Krasnodar and Trabzonspor.

In the playoffs, the “red-blues” started with an easy victory over APOEL, which they won on aggregate with a score of 4:0 and in the 1/8 finals “RotBlau” unexpectedly repeated their success. With the same score they were knocked out dry draw for Eintracht Frankfurt (4:0 on aggregate).

In the Swiss Super League, Marcel Koller's charges won bronze medals. After 36 rounds, the team scored 18 victories and eight world victories, losing 14 points to the Young Boys. The team finished the championship with three peaceful outcomes in a row.

Zuffi, Omlin and Ramirez will not be able to take part in today's game.

Teams have confidently reached the stage of the Europa League quarterfinals and will try their luck in a new competition format. Shakhtar became the last European team to win this tournament as the UEFA Cup and they are not averse to repeating their success, especially since the club is on the move and is a favorite today.

In our opinion, Basel will try today to use their strong side and play as carefully as possible in defense. For the Pitmen, the option of opening a tight defensive line is a favorite exercise, so we expect a game under maximum tension.

We assume that the fate of the match will be decided by 1-2 goals, for which we propose to play a combined bet in favor of the Ukrainian team.

Our prediction is that Shakhtar will not lose + the total is less than 3.5 goals and we are betting on this via BC 1xBet with odds of 1.79