As betting markets for motorsports begin to massively increase over a wide variety of betting platforms, we have produced a guide to show you the best sites to bet with and which disciplines are available.

The largest and most common motorsport comes in the form of Formula One which is a global sport and often known as one of the richest in the world. The speeds are rivalled by few sports, with the cars reaching a staggering 220mph making this high octane sport a haven for sports bettors. There are two effective championships that run simultaneously throughout a season; the drivers’ championship and the constructor’s championship, each held in high prestige.

With a global audience of over 527 million for the 2017 season, there are few sports which pull the worldwide appeal like Formula One. As with any popular sport, bookmakers have seen fit to follow the crowd and start to produce betting markets for all kinds of scenarios over the course of a race weekend. The continued success of the sport will only see these betting markets grow as more bookmakers follow suit, many offering Formula One betting specials.

MotoGP is another form of motor racing, this time on two wheels. Many would argue that MotoGP is purer form of racing as overtaking manoeuvres are performed much more frequently compared to that of Formula One. One thing that can’t be argued is that it holds all the pace, excitement and flamboyancy that good motorsports should.

The betting markets for MotoGP are again a growing platform, but as TV coverage around the world continues to blossom, as do the amount of bookmakers adding markets to their site. The 800cc bikes offer a show like no other reaching speeds of nearly 200mph, resulting in punters being gripped from the very start of the race. On the back of the MotoGP races are that of both the Moto2 and 125cc classes. They are basically scaled down versions of MotoGP, with the bikes having limited speeds and engine sizes. They can however produce highly unpredictable betting markets with rider skill coming much more into it rather than engineering prowess.

Next we have the World Rally Championship (RWC) which is another thrilling motorsport, except this time back on four wheels tackling different terrains around the world. Whilst the RWC has been highly dominated by Frenchman, Sebastian Loeb in recent history, you can often find markets where you can place bets on each stage of the whole race (there are often around 20 stages combining to make a race) to improve betting value.

The RWC is without doubt the smallest of the three betting markets, but this can work to the shrewd bettor’s advantage. For example, if you look to place your bets using a betting exchange for the RWC, then odds will likely be fluctuated for high percentages of the race due to the lack of betting action. As races progress prices will start to level themselves out somewhat, but if you get in early, odds can be extremely favourable.

Whilst each racing discipline will adopt its own betting tips, we have compiled a list that will give you a guide to which you can apply to all three forms of motorsports betting.

Look at similar tracks to gauge performance – Whilst each race track is individual and unique, they may have similarities to other tracks throughout the racing calendar. For example, if two tracks are infamous for their straight line speed then see how the car faired earlier in the season on a track that has similar attributes. Obviously early in the season makes this tip tricky, so use this towards the latter parts of a season. 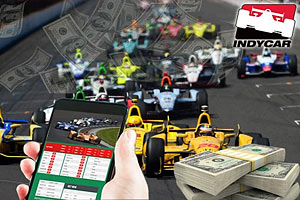 Of all the different markets available for each grand prix to bet on, few match safety car betting for simplicity. Simplicity in not only understanding the bet itself, but also in its handicapping. In fact, if there was any one single market that was compulsory for anyone ... 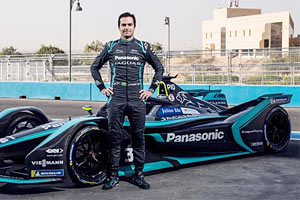 Motor racing betting is a very varied betting type that is layering a different number of motor sports that covering Formula one, MotoGP, Rallying, Touring cars, Racing of the motor bikes that covers speedway and superbikes. With the context to the online sports ... 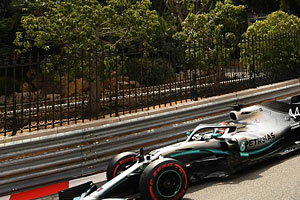 Some people will tell you that the fastest car will not always be the sure winner because the outcome depends on a number of things and not just on the speed of the car. There are some drivers that are better drivers then other and that does count for something.