After the resumption of the NHL, "Calgary" are playing effectively. And in two head-to-head matches with Dallas, both teams scored 5 or more goals to each other. In a duel where it is needed to come out ahead in the series, goals scored will also be enough.

The team from the province of Alberta, Canada, after the resumption of the season, played in a friendly match with Edmonton and were defeated by the Oilers (1:4).

In the first round of the Stanley Cup playoffs, Calgary made it to Dallas. In the opening match of the series, the Canadians were stronger (3:2) and in the second they lost (4:5).

The Dallas, Texas team played the NHL test against Nashville on July 30. In this match, the “sheriffs” were defeated (0: 2).

Then Rick Bowness' charges played three times in the group round of the Western Conference and finished third in the table with two points.

If Calgary plays better in defense in the upcoming meeting, as it did in the opening match, then it will be almost impossible for Dallas to win. The Fires themselves are good at attacking and show good performance, so we think that they will be able to deal with the Stars.

Our prediction is Calgary's win with an Asian handicap (0) for 2.05 in BC 1xBet. 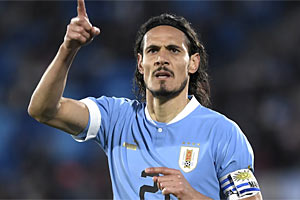