For many punters, the idea of betting on video games might seem like something out of a futuristic sci-fi movie. But with some of the world’s largest bookmakers like 1xBet offering markets on a range of different eSport games, leagues and tournaments the future is here, and it’s one of the best things that has happened for sports punters.

So what makes eSport betting such an attractive product? And why would a punter choose to bet on eSport rather than traditional sports such as football, basketball, baseball or even racing?

Here at Sport Betting Insider we have come up with five reasons why any punter serious about making money betting on sport should not only consider betting on eSports, but why they are a more attractive betting proposition in general.

Injuries Or Lack Of

One of the great unknowns of any sporting contest is the impact of injuries. How much of an influence does an injured player have over the results of their team? Can the replacement fill their shoes? While baseball provides some indication of how an injured player compares to their replacement through the wins above replacement statistic, the fact remains that how a team will cope with the loss of a player through injury is a mystery.

Not only that, in game injuries can have a major influence over the outcome of a match. An injured player who is not at 100%, or who is forced to withdraw from the match through injury can adversely affect their team’s chances of winning.

When betting on eSports however there is no need to worry about injuries, especially during a match. Team line-ups generally remain static throughout tournaments, and in game injuries are non-existent. This stability can make handicapping eSports a much easier proposition than traditional sports.

It has been well documented that referee and umpire decisions have an affect on the outcome of a number of sports. While bias such as home ground advantage can be factored into your handicapping, all punters knows the feeling well of losing a bet because of a bad call in game.

However without the need for the enforcement of different rules and regulations during a match, eSport bettors know that the best team on the day will win a match and not the one who got a lucky call or had a home ground advantage.

Being played electronically means that literally almost every match stat is collected in real time and is available to punters.

With strict game play parameters, the correlation between a statistic and the match result is also more defined than in traditional sports where statistics may have little or no correlation to performance or predicting the outcome of a match despite being popular with fans.

Few eSports consist of one match like traditional sports. While it is possible to bet on the first match or map as they are known in eSports, of an eSport tie, the outright winner is generally the winner of a best of 3, 5 or 7 map series.

Some eSports go even further than this, Counter Strike for example sees teams face of in a best of 30 map match!

Having so many contests between teams of course means that the better team is more likely to win on a given day, and luck plays less of a role in the outcome than in traditional sports where a despised underdog can defeat a strong favourite on a given day when all the planets align.

Perhaps the biggest advantage eSports have over traditional sports is simply its age. Being a young sport means that unlike other sports there is not the depth of history in statistics and knowledge of players, teams and coaches that you would find for most other sports.

For a punter this is important is it means there are still many angles which are yet to be explored in the quest to find a betting edge. While the statistics of traditional sports have be poured over by punters for decades and an edges generally incorporated into bookmaker odds, eSports are open to fresh eyes and have potentially many angles to explore.

The knowledge gained from traditional sports can also be incorporated to eSport betting, giving punters an even greater chance of success in the long term.

eSport betting may seem almost reckless to a traditional sports bettor, but a closer look really reveals that it is a very attractive betting proposition. With weekly matches across a number of different games in a highly controlled and regulated environment which is broadcast for free across the world, eSports as a betting product is actually almost second to none.

Add in the fact you’ll never have to worry about injuries or bad decisions from officials ever again, have thousands of statistics at your finger tips and more than likely have the best team win each match and you would be silly not to seriously consider adding eSports to your regular betting sports. 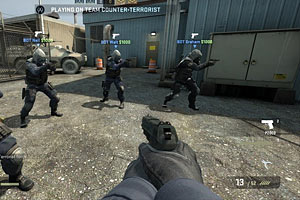 The game of Counter-Strike has long been a staple in the gaming industry. The popularity of the game has never diminished and is one of the few games out there that has been able to adapt and advance itself over a long period of time, we’re talking ... 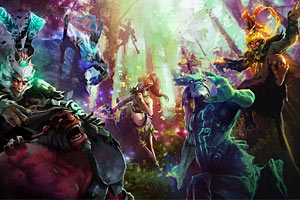 Defense of the Ancients 2, is a multiplayer online battle arena with an active eSports scene. Offering live action RTS gameplay elements, DotA 2 not only has a huge player fan base, but also an active viewership with over 25 million viewers on primer leagues ... 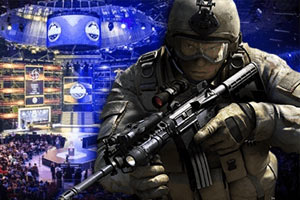 Like many eSports, it is now possible to bet on competitive matches of Counter-Strike: Global Offensive. In this article we will look at how to bet on Counter-Strike, and the range of different betting formats available. Counter-Strike eSport matches are played by two teams ...