Estonia vs Belgium: is there room for heroism? | Odds2win

Estonia vs Belgium: is there room for heroism? | Odds2win 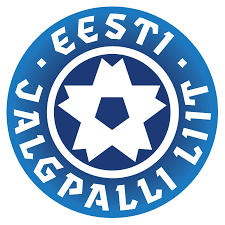 Belgium won 4 of 5 last head-to-head matches. In 3 of the last 4 matches of Estonia, goals have been scored in both halves.

The Estonian national team never took part in the final tournaments of the World and European Championships, but once the team played at the 1924 Olympics. At the beginning of summer, the Blue T-shirts took part in the Baltic Cup, where this time they took first place.

In the qualification for the World Cup in Qatar, hosts played two matches, in which the Balts suffered two defeats from the Czech Republic (2:6) and Belarus (2:4), which brought them to last place.

The Belgian national team has been holding the first place in the FIFA rankings for more than two years. This situation is not accidental. The "red devils" have earned such an assessment with their performance. At Euro 2020 Roberto Martinez's wards won all the matches in the group, after which they knocked out Portugal (1:0) in the playoffs, but already at the next stage they could not cope with Italy (1:2).

In the selection for the 2022 World Cup, guests are still in first place, having two wins and a draw in three games. It should be noted that the team's attack hit the opponents' goal on average four times per game. More 2 odds soccer prediction can be obtained from the link provided.

Belgium is the clear favorite in this game. Guests are head and shoulders above all the lines. They have not only statistics on their side, but also a stellar line-up, which includes players from the best clubs in Europe. We will give preference to the "red devils", from whom we expect a confident victory.

Our prediction is an Asian handicap (-3) for Belgium and we bet on this on the line of BC 1xBet with the odds of 2.19.

Most likely, this fight will take place according to the traditional scenario, while the favorite will not close after 1-2 goals. We expect an abundance of scoring chances and a productive result.

Place a bet with 1xbet promo code in Nepal on the line odds of 2.19.