Liechtenstein vs Germany: how many guests will score?

Liechtenstein vs Germany: how many guests will score? 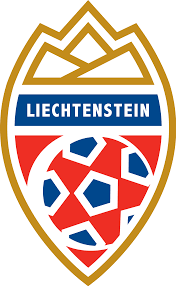 Opponents crossed paths in qualifying for the 2020 World Cup, then the Germans won 6:0 away and 4:0 at home. There was another friendly match, which Germany also won with a score of 8:2.

The national team was well aware that there was little that shines for them in qualification, because the competitors were extremely serious. Martin Stocklas' wards failed to score a single point in the first three matches and occupy the last line in the table.

Liechtenstein was minimally behind Armenia (0:1), received five goals from North Macedonia (0:5) and in the previous meeting lost to Iceland (1:4). Of course, few people expected to see a different result, so there are no particular disappointments.

Ahead is the fight against the main favorite of Group J of the German national team, that is, Martin Buechel and the company are waiting for a real test. The only good news is that the game will be held at home.

The "German car" did not live up to expectations for the Euro, after which Joachim Loew resigned, which, in principle, was logical. The new mentor was Hans-Dieter Flick, who even managed to convince Ilkay Gundogan to continue his career in the national team.

Germany has rebuilt, players are motivated more than ever after talking with the head coach, so now you can easily compete for the first line in Group J. At the moment, the team is in third position, as they have gained six points since the beginning of qualification.

Recall that the Germans defeated Iceland at their home arena (3:0), then one goal was enough for them to beat Romania (1:0), but the happiness ended there. In the last meeting the North Macedonian national team created a sensation, as they managed to beat the hosts at the MSV-Arena in Duisburg (1:2).

Liechtenstein has lost five matches in a row, which speaks of the terrible form of the national team. Martin Buechel's wards understand very well what a colossal difference in class will be on the field, since one of the main favorites of the group comes to visit.

One can only imagine how motivated players of the German national team are, especially after the unsuccessful performance at the Euro and the defeat from North Macedonia, because in case of victory, the “German car” would already be on the first line. Hans-Dieter Flick knows how to choose the right words and motivate his guys, so we expect a confident victory for guests.

Our prediction is a handicap (-4.5) for the German national team for a coefficient of 1.79 in BC 1xBet.

One gets the impression that the guests will go on the attack from the first minutes and will put pressure on the opponent. The Germans know how to attack and score, while Liechtenstein's defense is bursting at the seams, so we expect at least five goals.