Bulgaria vs Georgia: prediction for a friendly match | Odds2win

Bulgaria vs Georgia: prediction for a friendly match | Odds2win 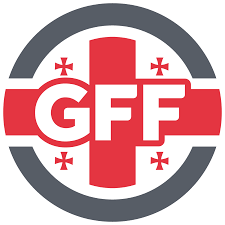 In six previous home wins of the Bulgarian national team, the result 2:1 has been met twice. Bulgaria scored three goals after halftime in their last four home games.

The Bulgarian national team had two good qualifying matches for the 2022 World Cup and are clearly in good spirits. Yasen Petrov's wards did not lose to the European champions Italians on their field (1:1) with the overwhelming advantage of the opponent. Then the houses were minimally more successful than Lithuania (1:0), having superiority in all respects. As a result, they have five points and third place in the table, being two points behind Switzerland.

Georgia, in turn, with one point scored closes the standings in its group and has lost all chances for second place. Willie Sagnol's team have lost three matches in a row, and lost in a dry selection to Kosovo (0:1) at home and Spain (0:4) away. In both meetings, the Georgians looked constrained and insecure, failing to create threats to the opponents' goal. More accurate betting tips today can be obtained from the link provided.

The mood of teams before a friendly match is diametrically opposite. In our opinion, the hosts, on the courage from well-conducted qualifying matches, will want to extend their positive streak and will play openly and attackingly. In our opinion, guests have neither the desire nor the special opportunities to oppose anything for a good performance and, most likely, they will lose again, which we propose to use.

Our prediction is a victory for Bulgaria. For such an outcome 1xBet bookmaker offers odds of 1.88.

Teams have not been on fire lately in terms of goals scored, but the status of the match will allow them to play more openly and without much regard for defense. The Bulgarians have good performers in the attacking line and the rotation was minimal, so they will be able to enter the field practically in combat composition. The guests, in turn, also know how to manage the ball and will want to play beautifully, at least in a control meeting. We believe that all this will allow teams to show their attacking potential and the fight will end with a large number of goals.

Place a bet with 1xbet promo code in Nepal on the line odds of 1.88.