Man United went to play against Stuttgart, while Chelsea played Besiktas at home. The English teams were hot favorites, but it turned out to be a bad night for both of them.

Who would have known that United would lose 2-1 and Chelsea would go down 2-0 at home? Definitely not the expert pundits, or most punters at the bookies. But I backed both scores correctly: the first at 16/1 and the second at an immensely satisfying 109/1. The week before I'd also gone for Arsenal to beat Newcastle 3-2 at 33/1 (they did), and my mood was further enhanced when Fulham triumphed 2-0 at Blackburn. I'd placed a bet on that at 49/1, and I was over the moon!

Was this a stroke of luck, or do I possess some kind of secret to predicting scores? The answer is neither, or both, depending on how you look at it. For the long term, I know how to make accurate score betting profitable over the long run, but if you think I've got some sort of secret formula that predicts the score of each result, then you're a dreamer.

Our Own Correct Score Tips

A lifelong friend of mine is bright, excellent company, and successful. Yet his most striking feature is that he's a terrible gambler. He's perhaps the worst I've ever seen. If he were new to betting or perhaps suffering from some type of emotional disorder, his calamitous punting would be understandable. But he is, by clinical definitions at least, sane.

My friend will continually back his first hunch, which is usually devoid of rational thought. It's founded on what he thinks or, more frequently, feels is going to happen, and sometimes it pays huge dividends. Generally speaking, like every punter who bets on hunches, he loses money. Boring theories such as mathematics are conspiring against him, which is why I adopt a different approach. A good start is crucial for each bet to win. Use promo code Odds2Win or this link to register at the bookmaker and obtain a $130 bonus. Need I say how much this will enhance your betting opportunities?

He's always saying to me that I'm a smart-arse and that I'm a boring maths geek. This is his theory why I always win and it annoys him. 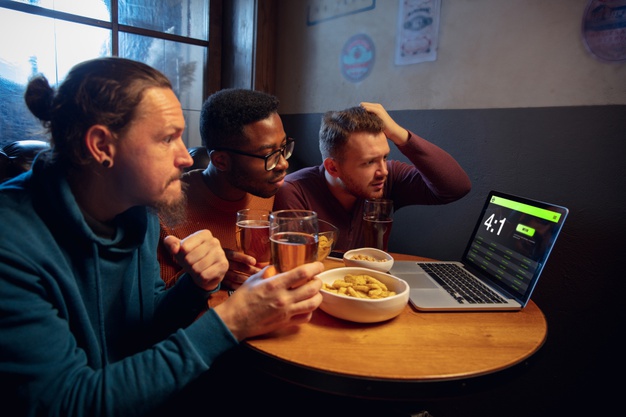 In this instance, though my friend is right. Successful gambling is about crunching numbers. It's about playing the odds. It's about putting in hours of work and winning. My friend probably has more fun, but he pays for it. I bet on outcomes when I've calculated that the odds are in my favor.

How to Get the Correct Score Prediction Today and Tomorrow?

That's the first lesson anyone who wants to make money out of correct score betting has to learn. Gambling when the odds are in your favor will generate profits in the long run. It's simply the reverse of what the bookmakers usually do. The skill is playing only when you know you have the advantage. If you persist in betting when the prices are in your favor, you'll get the odd break and should profit in the long run. Also, to maximize profit, you should always try to extract it from wherever possible. For example, using the Odds2Win promo code while registration at the bookmaker’s website you will get a terrific bonus of $130. The same can be done using this link for signup.

The point is that you're not trying to guess the result. Sometimes you'll back a team you think is going to lose (just as I did with Besiktas), which seems counter-intuitive. You'll also bet on a considerable amount of losers, but you probably already do anyway. My friend reckons my method is insane. In fact, it's incredibly safe but boring.

So how do you know when the odds are in your favor? The first thing to remember is that they usually won't be. You may think that the 9/1 on Bolton to win against Aston Villa 1-0 at Villa Park promoted in 1xBets' window looks attractive, but once you've crunched your numbers it probably won't be.

Punters have the benefit here, inasmuch as they don't need to have a bet unless they want to. Bookies have to take wagers, so you can ignore that advert and take a better price elsewhere. But how can you be sure that the best price is a good bet? To work this out, some pretty heavy number crunching is required. The majority of punters, even serious ones, won't want the hassle of applying this theory each week.

When you were at school, you may remember learning about the Poisson distribution during maths classes. If you're able to recall your maths lessons, the Poisson distribution was about the modeling of situations with a number of independent random events occurring in a given time or place. Specific conditions are needed for the Poisson to be applicable. The variable can't be a negative or a fraction; the events should be separate and independent of each other; they should be equally likely to occur in each period; the random events should also be rare. If you haven't dropped off yet, you'll have noticed that this description applies to goals during a soccer match. Goals (events) come about by chance and hard inside of a 90-minute period. So, for example, if you're keen to place a bet on the number of goals in a game and you know that the mean number of goals per game is two, then the Poisson distribution will afford a very close fit and allow you to calculate the probabilities of different scores. If, for instance, you were betting on a basketball game, where scoring is more frequent, the Poisson distribution wouldn't be applicable.

In the easiest terms, if you are aware that, on average, a team scores 1.2 goals per game, the Poisson says that the same team has a 30 percent chance of not scoring in a given game (see Chart 1). There will be tables of comparable Poisson probabilities in the appendices of your old maths textbooks (if you can be bothered to dig them out), but I wouldn't recommend using them. Using an Excel spreadsheet is far simpler to use than these calculations. It has a Poisson function built-in and is very easy to set up. Just refer to the manual, feed in the mean goals for each team, and let the computer do the work.

If you haven't bothered with the maths lesson, the crucial thing you've missed is that the probability of a team scoring any number of goals during a match can be calculated, providing you know what the mean (average) number of goals is.

The simplest way to compute the average is to divide the number of goals a team has scored (let's say, this season) by the number of games it has played. While this way is better than just making a guess that tonight's game is going to finish 2-1, I recommend you use a more accurate approach, taking into account the relative strengths of each side. The best bet here is that you don't have to work any of this out for yourself, as all spread betting companies will have done the hard work for you. The issue spreads on supremacy and total goals for most top soccer matches and they (usually) know what they're talking about. Therefore, if total goals are stated at 2 and supremacy is 0.4, your average goals are 1.2 and 0.8. 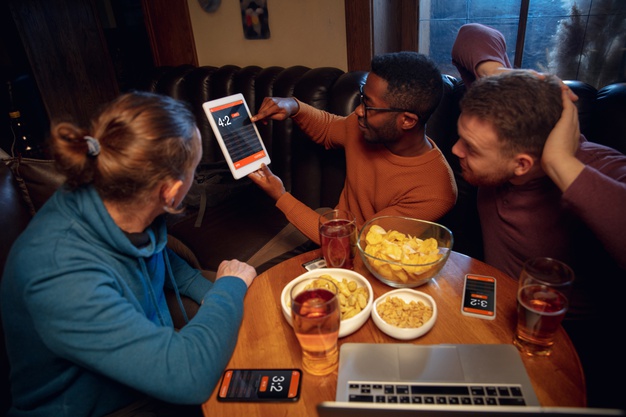 The maths geeks can key these figures into their spreadsheets, while the rest of you can easily use the table in Chart 1. The spreadsheet representation will be more accurate, but if you aren't prepared to put in the graft you can't expect the same returns. Let's suppose that you've worked out that in a particular game the home team should score 1.6 goals on average. However, the away team should register 1.2. Using the table you can work out the probability of each possible score.

What is the likelihood of the match finishing 0-0, for example? You know the probabilities on each side failing to score are 20 percent and 30 percent, so you just multiply these numbers together to give a result that has a six percent chance of happening (0.2 x 0.3 = 0.06). Likewise, a 1-1 draw has an 11.5 per cent chance of happening (0.32 x 0.36 = 0.115), while there's a 7.8 per cent chance of a 2-0 home win (0.26 x 0.3 = 0.078). The amazing thing about these calculations is they show how unlikely you are to actually pick the correct score. A 2-0 home win wouldn't really be classed as a shock result, yet you're only going to get that one right 7.8 percent of the time. That's how bookmakers make their money. You think there's a better chance of something happening than there actually is and you bet on it. Well, now you won't.

So how can you actually use these numbers to make money? Bookmakers are aware of everything I've just told you (and more) and I've already mentioned that their prices are rarely good value. So what's the point? For a start, use the slightest opportunity to increase your chances to win. Entering 1xbet promo code "Odds2Win" during signup (also you can do this by clicking here ) is a great way to get a generous $130 bonus from the bookmaker for experiments with your betting strategies.

First of all, bookies do sometimes give odds that should be taken. Bookmakers present prices (basically, they need to attract or discourage business for a particular bet) and they don't always follow probabilities. For instance, the 33/1 on Arsenal's 3-2 victory over Newcastle, which I mentioned at the beginning of this piece, was placed with Coral. I took great pleasure with that one, chiefly because that type of opportunity is rare.

For the most part, there are better prices on the online exchanges, where you'll sometimes be able to find enough value-correct score bets, or you can post your own odds. Refer back to the example of the 2-0 home win using the table, but this time using the digital odds preferred by the exchanges. (Digital odds are basically the decimal version of traditional odds, only you add one to the result. So even money is 2 and 7/2 is 4.5).

How Can Help the Correct Score Predictions Sites?

You should add a margin to give a profit and also to reckon for any errors in your calculations (it's not an exact science). You have to decide how much you add, but remember that the higher the margin, the fewer bets you'll find. I recommend you start by adding about ten percent and see how you go. In this situation, you'll not bet on a 2-0 home win unless you can get digital odds of 14.1 (12.82 x 1.1) or better. The team of our site is suggesting you this tactics.

If you've followed all of this, you'll have worked out that you're going to lose on more correct score bets than you win. That's OK because if you get your calculations right, you'll net some of those huge winners I tempted you with at the beginning. These winning bets should produce a profit in the long run, but accurate score betting is extremely volatile. Chart 2 exhibits how much of a roller coaster ride it is, as it details my profit and loss in terms of points (a 5-1 win = five points) over a 38-week period. You can see how you have fantastic weeks where you look like a genius, sandwiched in between plenty of costly weeks. Just comfort yourself that in the long run, you'll come out on top - providing you've got your sums right.