Darren Elkins made his mixed martial arts debut in 2007 with appearances in minor US promotions, and three years later signed to the UFC. His overall statistics are 26 wins and nine losses. In the past, he has won many striking wins, in which Diego Brandao, Chas Skelly and Denis Bermudez were defeated. However, in 2018 his form began to decline, he lost four fights in a row and was able to interrupt this losing streak only three years later, winning by choke over Eduardo Garagorri. His main basic technique is Muay Thai. The 37-year-old American is fluent in striking technique with frequent connection of his legs and feels good in the stalls and clinches. Of the minuses, one can note weak cardio, due to the age of the fighter and the inability to distribute the load over the entire distance of the fight.

Darrick Minner started in martial arts in 2012 and got himself a good record of 25 wins and 10 losses there. In 2020 he made his debut in the strongest league in the world, losing by submission to Grant Dawson in the second round. However, the 31-year-old American strangled TJ Laramie in the starting segment in the next fight and won by unanimous decision over Charles Rosa in his previous fight. The advantage of this fighter is good wrestling technique. Having a base in BJJ, he tries to transfer the fight to the ground and decide the fate of the fight already on the canvas. But Minner is a rather mediocre drummer and tries to take a takedown as soon as possible, making sweeping and unaccented punches. Plus, his cardio also leaves a lot to be desired. More UFC predictions can be obtained from the link provided.

Darren Elkins has a height advantage, but the fighters have the same arm span. His age and low endurance of both fighters suggests that the fight will not last the entire segment. In our opinion, Darrick Minner will try to transfer the fight to the horizontal plane, where he feels much more confident and will apply a painful or choke hold, in which he succeeded. Plus, don't forget that Elkins won only one fight out of the previous five. We will risk giving our preference to a younger fighter and we believe that he will be able to beat a veteran who has lost his form. Our prediction is Darrick Minner's victory. For such an outcome 1xBet bookmaker offers odds of 1.63.

We recommend visit the page bangladeshi betting site and place a bet on the line of 1xBet with odds of 1.63.

From a non gambling perspective, arbitrage is simply the idea of buying an apple from one person for a dollar, and then selling that apple to another person for two dollars. In a gambling context, it involves hedging your bet such that you win either way.

My biggest pet peeve in MMA discussions is when someone talks about how he “knew” a certain result would happen, and that it should have been obvious to everyone that this would happen. I ask this person how much money they put on the fight, since it would ... 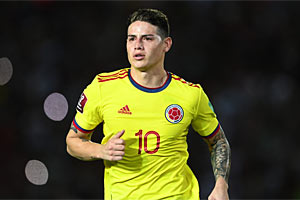