Billy Quarantillo vs Gabriel Benitez: Will the American | Odds2win

Billy Quarantillo vs Gabriel Benitez: Will the American | Odds2win

Benitez lost two games in a row. Quarantillo has won three of four UFC fights. Two of Quarantillo's three victories were obtained ahead of schedule.

Billy Quarantillo has a long career in minor promotions in North America, which the 32-year-old American began in 2013. After a series of successful victories in various tournaments, he signed a contract with the UFC and has been playing in the strongest league in the world since 2019. He is fluent in striking technique, but he looks quite confident in wrestling and has a black belt in BJJ.

Within the UFC Quarantillo had four fights, won three wins and lost one time. This defeat happened in his previous fight against Gavin Tucker on points.

Mexican mixed martial arts fighter. Gabriel Benitez began his career in 2007 and has played in second-rate American promotions for a long time. In 2014 he signed a contract with the UFC and since that time has spent 10 fights here, won six wins and lost four times. He is fluent in striking technique and prefers to fight in a standing position.

The last three fights brought only one victory over Justin Janes. And before that, the 32-year-old Mexican lost twice: by technical knockout to Sadik Yusuf and on points to Omar Morales. More UFC predictions for today can be obtained from the link provided.

Both opponents are good at fighting in a standing position and have various striking techniques in their arsenal. Quarantillo's advantage, in our opinion, lies in his better physical fitness. Benitez never had the best cardio and the weight cut worn him out even more. In addition, he was invited to this fight as a replacement and did not fully prepare.

We believe that the American will try to drag out the fight, knowing that Benitez is running out of steam in the second round. His powerful knockout punch will keep the opponent at a distance and in later rounds will help to decide the fate of the fight in his favor.

Our prediction is the victory of Billy Quarantillo. 1xBet offers a coefficient of 2.37 for such an outcome.

We recommend visit the page bangladeshi betting site and place a bet on the line of 1xBet with odds of 2.37.

From a non gambling perspective, arbitrage is simply the idea of buying an apple from one person for a dollar, and then selling that apple to another person for two dollars. In a gambling context, it involves hedging your bet such that you win either way.

My biggest pet peeve in MMA discussions is when someone talks about how he “knew” a certain result would happen, and that it should have been obvious to everyone that this would happen. I ask this person how much money they put on the fight, since it would ... 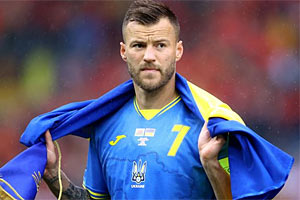