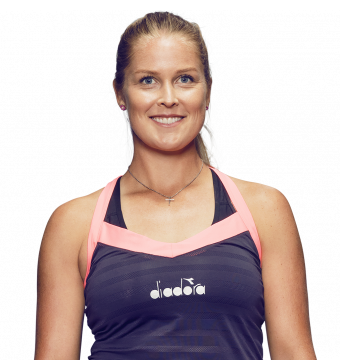 Shelby has been the bookmaker's underdog in four of her last eight wins.

One of the main favorites of the current US Open, Naomi Osaka, alternates in New York confident matches with victories in two sets with not the easiest fights.

In the very first fight in the tournament against compatriot Misaki Doi, it took Naomi three sets to win (6-2, 5-7, 6-2). Then the former first racket of the world (6-1, 6-2) coped surprisingly easily with two games against more eminent rival Camila Giorgi. In the third round a tough victory over Marta Kostyuk (6-3, 6-7, 6-2) followed again.

In the forecast for the 1/8 final match against Anette Kontaveit, we counted on a fight and even a possible sensation. In practice, Naomi worked impeccably on her serve, did not allow the Estonian tennis player to have a single break-point during the match and won in two games (6-3, 6-4). It's hard to make predictions for the matches with Naomi against this background. A lot will also depend on her rival, Shelby Rogers, who has her best tournament in years and has a history of beating Osaka.

Shelby Rogers showed herself from the best side at the pre-helmet tournaments and came up in good shape to the start of the US Open. The American tennis player made her way to the semifinals in Lexington.

The game against Kvitova turned out to be the most intense for Rogers. The tennis player in the third set managed to leave four match balls and was able to use her few chances to receive. More tennis bet tips can be obtained from the link provided.

Shelby Rogers has become a real threat to the authorities in the current segment of the season. The tennis player seemed to remember that she was once in the top 50 of the WTA rankings and won against Naomi Osaka without any problems. The current form and reliable play on its serve allow you to count on the fact that at least in the upcoming match Rogers will not lose a big game.

Our prediction is that Rogers will win with a handicap (+5.5) games for a coefficient of 1.81 in bookmaker 1xBet.

Place a bet on the line of melbet promo code in Bangladesh with odds of 1.81