Nadal - Tsitsipas: who will leave the group | Odds2win

Nadal - Tsitsipas: who will leave the group | Odds2win

Rivals played seven personal matches, six wins are on the account of the Spaniard. In the last ten games on hard Rafael Nadal lost only twice. Stefanos Tsitsipas is the current winner of the final tournament.

The Spaniard came to a tournament in London for a title that is not yet in his collection. Rafa was ready to fight for the first place in the group, but after two matches he had to count on getting out of the second line, as he lost in the last meeting.

The second racket of the world began the competition with a confident victory over Andrei Rublev, who passed in the class (6:3, 6:4). For the second fight Nadal also came out in the status of a favorite, but Dominic Thiem was a tough nut to crack. We saw two tie-breaks, during which the 34-year-old tennis player simply could not put the squeeze on his opponent, although there were opportunities (6:7, 6:7).

Now Raphael will have to fight against last year's winner Stefanos Tsitsipas and he is also aiming for a positive result, so we expect to see a real battle.

Last season, the sixth racket of the world was enchanting in London, as he became the winner of the final tournament, so he arrived in the UK to defend the title. Of course, this time it will be harder, because the Greek tennis player has already faced problems.

Tsitsipas showed a good game at the start, but this was not enough, since the victory went to Dominic Thiem (6:7, 6:4, 3:6). After an unfortunate failure, the representative of Greece considered his mistakes and shot in the next fight, where he defeated Andrei Rublev, although he also had to try to stay afloat (6:1, 4:6, 7:6).

Now Stefanos is facing a tough fight against Rafa, which can be compared to the final, because in case of defeat the 22-year-old tennis player packs his bags and goes home. More tennis bet predictions can be obtained from the link provided.

The Greek tennis player understands that there are not many chances against the second racket of the world, especially after two tough fights. But no one canceled the fight. Stefanos Tsitsipas will have to confront an inconvenient opponent. Bookmakers gave the sixth racket of the world the status of an underdog.

Rafael Nadal was close to beating Dominic Thiem, although he didn't have enough strength in tie-breaks. Now the situation is such that victory is needed in any case. So, in our opinion, the Spaniard will make every effort to prove that he deserves to play in the semifinals.

Our prediction is the victory of Rafael Nadal, taking into account the handicap (-2) of the game for the odds of 1.62 in BC 1xBet.

Place a bet on the line of 1xbet promo code india with odds of 1.62. 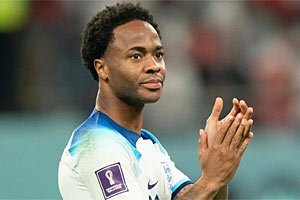