Melzer vs Andreozzi: Prediction for the match ATP Santiago | Odds2win

Melzer vs Andreozzi: Prediction for the match ATP Santiago | Odds2win

Meltzer has played tie-breaks twice in the last five games. More than 9.5 games have been played in 3 of Andreozzi's last 5 matches in the first set

Melzer is in great shape now. Last week Gerald reached the semifinals at the tournament in Lima. This is the best achievement of an Austrian tennis player this season.

Earlier, he did not reach the quarterfinals this year. This season, Melzer is playing exclusively on clay. And he does it quite well. He has 19 victories with ten defeats on this surface this year.

Andreozzi has slowed down noticeably in recent years. It is quite possible that the matter is in age, because the Argentine tennis player is currently 30 years old.

He is not as fast as before 4 and now he is far from the game that he demonstrated five years ago, when he was in the 70th place in the world rankings. Now Andreozzi is in the 265th place in the ATP ranking and he left the last three tournaments literally immediately after the starting fights. More tennis bet predictions can be obtained from the link provided.

Melzer is now in excellent shape, which he, in fact, demonstrated last week at the tournament in Lima, where he managed to reach the semifinals of the competition. So we definitely give preference to him in the upcoming meeting. Andreozzi in the current season is absolutely not happy. On clay he has negative statistics.

Our prediction is a victory for Meltzer for a coefficient of 1.74 in BC 1xBet.

Meltzer is definitely the favorite in this pair. Gerald is now corny ready better than Andreozzi, whose losing streak currently has four matches. But it’s hard to believe in an easy victory for the Austrian tennis player, because the Argentinian is capable of causing problems to anyone, even if he is not in the best playing condition.

The second prediction is the total over 21 games for the odds of 1.72.

Place a bet on the line of 1xbet promo code india with odds of 1.74. 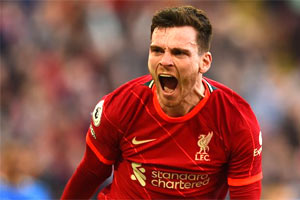