In face-to-face confrontations Agut is still in the lead (3-1). True, it is worth noting that the Spanish tennis player won his victories at a time when Rublev had not yet performed at the level at which he is playing now, while the last face-to-face meeting of these athletes ended with Andrei's triumph.

The Spaniard continues to keep the bar high. After the resumption of tennis Roberto Bautista-Agut can boast of good results and more or less stable play. The 11-th racket in the ATP men's world rankings has not missed the hard segment in the States. At the Masters of Cincinnati, the native of Valencia reached the semi-finals, where he lost to future title holder Novak Djokovic in a bitter struggle. At the US Open Tennis Championship the Spaniard stopped in the 1/16 finals when Pospisil was stronger in a difficult 5-set match.

Then Roberto Bautista-Agut returned to Europe. The Spaniard missed the competition in Rome, appearing immediately in Hamburg. Here the 32-year-old tennis player has already won two battles. First, Basilashvili was defeated 6:4, 6:3, then the local athlete Dominik Koepfer was beaten in three games (6:3, 3:6, 6:3).

The upcoming rival is also constantly progressing. Andrei Rublev, who is currently on the 14-th line of the overall ATP standings after a forced pause, played one more official tournament than Roberto. The Cincinnati Masters turned out to be a failure, but at the US Open 2020 the Russian reached the quarterfinals, where he lost to compatriot Medvedev in tie-breaks.

The transition to the ground and the move to Europe turned out smoothly, but not the most successfully. A native of Moscow won only one match in Rome, saying goodbye to Italy in the 1/16 finals, losing in 3 sets to Gurkach. As for the current competitions in Germany, Rublev's situation resembles the results of Bautista-Agut. He got a confident 2:0 victory over Sandgren and victory in 3 games over Tommy Paul. More tennis score predictions can be obtained from the link provided.

Let's assume that the match is long and the tennis players hit the total in games. Both players are in good shape. After quarantine they show quality play and occasionally misfire. For the Spaniard the clay is a profile surface and the Russian has shown good tennis on a slow court for two seasons in a row and has a positive balance of wins and losses. The last time the athletes crossed paths was at the Davis Cup in 2019. Then Rublev won a strong-willed victory and a tie-break was recorded in the final set (the total number of games was 31). A similar scenario can be expected in a face-to-face meeting in Hamburg, because a ticket to the semifinals of the tournament is at stake. Moreover, in the previous round against not the strongest opponents both tennis players broke through the total in sets, in games, having played 3-set matches.

Place a bet on the line of parimatch promo code in Bangladesh with odds of 1.64 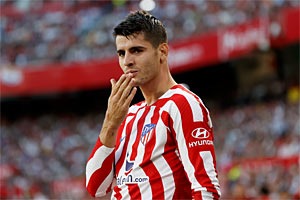