Vegas - Vancouver: Will the debuff repeat?

Vegas - Vancouver: Will the debuff repeat?

A very funny episode awaits us here. Both teams will drive on the attack, because there is no point in being on the defensive. The strength of Vegas and Vancouver lies in playing in a foreign zone. Therefore, the matches between these teams are, as a rule, over-productive.

Vegas are in great shape and do incredible things offensively even in the playoffs. The Knights are the highest scoring team in this Stanley Cup, yet they don't concede too many. Note that in the opening match with Vancouver they looked much more active and made a total of 39 shots, five of which hit the target. So, in one period the team of Peter Debourg inflicted at least 12 shots.

By the way, Robert Lehner was playing at the goal again and Fleury was on the bench. Many fans are unhappy that the Canadian has played only two matches in this playoff and want to see him on the court in almost every game. However, Lehner is doing a good job.

Vancouver suffered their first crushing playoff defeat and conceded five goals. The team had a dry defeat in the first leg against Minnesota (0:3), but then they picked up the keys to the opponent's defense. Most of the last meeting at the gate was spent by Jacob Markstr?m, who looked fantastic before and only after the fifth puck he was replaced by Thatcher Demko.

However, this does not mean at all that Travis Green will frame the American in the upcoming fight. Most likely, he will give again the preference to the Swede. We emphasize that the Canucks were far more distant than their opponents and this also affected their play. But considering how Vancouver got out of tough situations in the previous series, it is likely that he will find a solution to problems this time. So, what is the free prediction for the NHL match for today?

In our opinion, Vegas is much stronger than its rival in attacking terms and it demonstrated this perfectly in the first match. The Canucks are unlikely to be able to establish their defense and the only chance is their attack, due to which they can deliver at least some problems to the Knights. However, we will remain nevertheless on the side of the Golden Knights and bet on their victory, but at the same time we will try again to take the total more. 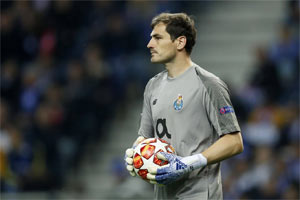