Ottawa vs Toronto: prediction for the NHL match

Ottawa vs Toronto: prediction for the NHL match 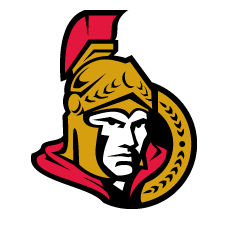 In their last four games against Ottawa, the Leaves have scored in the second period. In three games out of four, Ottawa have scored fewer than three goals.

Ottawa looks ambiguous in friendly fights. They have not yet managed to win in two matches in a row and alternate victories with defeats. For example, in a recent meeting with Montreal, they prevailed with a score of 7:2, but in the next game with the “tricolors” they failed with a score 1:2.

The line-up in these games, of course, was different, but it cannot be said that they looked weaker in the re-match. The only one who continues to delight and surprise with his game is Alex Forementon, who has already managed to earn five points of performance.

Toronto is still not stable either. The Leaves managed to play two matches against Montreal, in one of which they celebrated success (4:1), while in the second case they were defeated with a score of 2:5. True, the Leaves finished the meeting with Ottawa in their favor without any problems.

Then the main star of the match was Michael Bunting, who scored a hat-trick, while goalkeeper Petr Mrazek reflected all 19 shots at his goal. Sheldon Keefe's squad had a great game in unequal compositions, because they scored their three goals in 5x4 format, and also, despite numerous deletions, they never missed in the minority.

Ottawa looked bad in the previous game with Toronto and did not really create dangerous chances at the opponent's goal, while the Leaves used their chances to score perfectly and converted the majority three times. In the class, Toronto is significantly superior to the opponent, so we think that the club will win another victory.

Our prediction is Toronto's victory for 2.01 at BC 1xBet.

Ottawa managed to score more than two goals in only one match out of four. The Senators lack variability in the attacking line and they also don't take advantage of their chances very well.