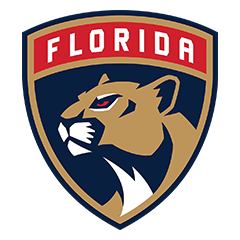 In the last four matches between teams, more than one goal has been scored in the first period. In their two previous meetings against Florida, Tampa have scored in the second period.

Florida looked good throughout the season, but they were unlucky with an opponent in the opening round. The Panthers have so far managed to secure only one victory over Tampa, which took place in extra time (6:5). But already in the next meeting, they again suffered a defeat with a score of 2:6, again without offering anything to their counterpart both in defense and in attack.

Joel Kenneville was even forced to replace the goalkeeper in the previous meeting and Dridger came out on the ice instead of Bobrovsky, who conceded only one goal in the end. Note that the Panthers make stupid mistakes in their own zone in almost all matches of the series and allow their opponents to create chances out of nothing.

Tampa is gradually moving into the next round and showing that it is stronger than Florida at the moment. There was a risk of losing Sergachev and Kucherov, key hockey players who were injured in one of the matches, but managed to avoid serious injuries.

We would like to emphasize that "Lightnings" are great in the foreign zone and in this series in each meeting they consistently scored at least three goals. Now Kucherov is the main scorer in the squad, who scored three goals and made six assists. The Bolts players also have more experience in the playoffs than their opponents and this also seriously affects results of the matches.

In our opinion, Tampa will be able to complete this series in their favor in the upcoming match. The Lightning side has invaluable experience in the playoffs and due to it they feel more confident than Florida and practically do not make stupid mistakes in their own zone. On the other hand, the Panthers are often mistaken.

Our prediction is that Tampa will win for 2.38 in BC 1xBet.

Previous two meetings between clubs were very productive and it is likely that the upcoming match will turn out the same, since teams play on a collision course, not staying in the middle zone.