Detroit vs Chicago: prediction for the NHL match

Detroit vs Chicago: prediction for the NHL match 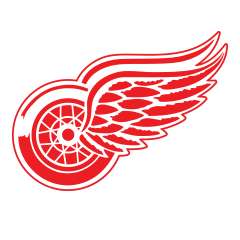 On October 4th, a duel will take place between Detroit and Chicago at the Little Seasars Arena. Which team do you prefer? Look for the answer in the prediction.

Detroit played well in all friendly matches, with the exception of the last one. Recall that after major victories over Buffalo (6:2) and Columbus (5:1), the wings suffered a crushing defeat from Pittsburgh, conceding five goals in total ending in 1:5 score. At the same time, the team was in the first line-up on the court and could not do anything with both the defense and the opponent's attack.

The only goal was scored by Suter when the Red Wings played 5x3. In equal compositions, Jeff Blashill's wards created obscenely few chances. Thus, as soon as Detroit faced a strong opponent, it did not oppose anything to it.

Chicago have played three friendly games with three more matches ahead. After the meeting with Detroit, the Hawks lost to St. Louis (3:6) and they earned their first victory in the return match with the “musicians”, defeating them with a score of 5:1. This time, Malcolm Subban appeared for the first time on the ice, making several good saves.

It is likely that the coaches will want to look at the game of Marc-Andre Fleury again, while Subben will be left on the bench in the upcoming match. However, the defensive problem that has plagued the team throughout the season remains to this day.

In our opinion, this time Chicago is able to deal with "Detroit". In the previous meeting with the Red Wings, the Hawks took to the ice in the second line-up, while now the coaches have already started releasing the leaders who won the victory over St. Louis in the last confrontation.

Our prediction is the victory of "Chicago" for 2.15 in BC 1xBet.

Almost always, matches between these clubs are highly productive. Usually "Chicago" concedes a lot, while "Detroit" does not look the best way in defense. Based on this, we propose to bet on the fact that at least six goals will be scored in the upcoming match.