Carolina vs Nashville Match Prediction: Who will come to the front in the series? | Odds2win.bet

Carolina vs Nashville Match Prediction: Who will come to the front in the series? | Odds2win.bet

Carolina got off to a pretty good start in the playoffs, having won two convincing victories over Nashville (5:2 and 3:0). We should praise the goalkeeper Nedelkovic, who saved 54 shots out of 56 and who also scored the "cracker" in the second match. Then the Hurricanes had to play on the road, where the team suffered a heavy defeat (4:5 overtime). This time, the defense turned out to be less reliable, allowing the opponent to create too many dangerous chances at his goal.

The fourth meeting between teams also went beyond the Hurricanes' treasury, as Carolina lost 3:4 in overtime. This time, the realization of chances in the attack failed.

Nashville defeated Carolina twice before the playoffs, but failed to consolidate such a successful result in the draw, losing 2:5 and 0:3, respectively. The team quickly came to their senses, thanks to which they won the third fight (5:4 overtime). Striker Forsberg showed himself best of all, giving an assist, as well as scoring the puck.

Then the Predators continued their performance at the home arena, having won one more victory over Carolina (4:3 overtime). The hero of the meeting was the goalkeeper Saros, who saved 58 shots, which played a crucial role in the victory.

Carolina returned to the home arena, where they are showing their best performance. Nashville have failed twice on the road against the Hurricanes, so the Hurricanes are likely to come out on top in the series.

Our prediction is the victory of "Carolina" for 1.95 in 1xBet BC.

As you can see, teams play open hockey among themselves, which leads to a large number of goals. In just one face-to-face meeting out of four, clubs failed to score more than five goals.

Second prediction is for a total over 5 goals for 1.75. 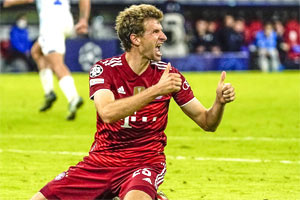