Utah vs Memphis Match Prediction: Will the Jazzmen Wake Up? Odds2win.bet

Utah vs Memphis Match Prediction: Will the Jazzmen Wake Up? Odds2win.bet

On average, the Grizzlies gain 113 points per game. On average, "Jazz" scores 116 points for a duel. No quarter draws have been recorded in the last five personal games.

The “Jazzmen” won the first line in the Western Conference with some difficulty, but this was only the first stage, since now the team is faced with the goal of aiming at the championship. Queen Snyder's wards are on the list of the main contenders for the gold rings, but at the start of the playoffs they were somewhat surprised.

Utah underestimated the capabilities of Memphis in the first meeting of the series, which led to the defeat (109-112). The absence of Donovan Mitchell made its mark on the result, because it lacked the leader of the attack, who is an important gear in the mechanism of the head coach.

Jazz has many professionals who can take responsibility. In short, we expect owners to wake up and show a decent game.

Memphis got a formidable opponent in the first playoff series. Taylor Jenkins' charges dealt with Utah, which appeared on the floor as the clear favorite (112-109). In this confrontation, Dillion Brooks became the main threat to the competitor, as he scored 31 points.

The Bears are well aware that the second match will be a completely different story. "Jazz" are motivated more than ever and are unlikely to give up for the second time in a row.

Memphis writes the history of their club and it is interesting to watch it. The result does not put pressure on "Grizzlies", because they already showed good basketball, so the last victory can hardly be called an accident. Utah should come to their senses, if, of course, they want to stay in the game. The team needs to rebuild, plus Donovan Mitchell is expected to return to the floor, which will clearly help hosts. In our opinion, Queen Snyder's guys will play better this time.

Our prediction is the victory of Utah Jazz taking into account the handicap (-6) points for the coefficient 1.64 in BC 1xBet.

Definitely, the "jazzmen" will go ahead, since there is no other way out. The club aims to equalize the score in the series, therefore, it is unlikely that we will see the game from defense. Therefore, the bet on total more is now more relevant than ever.

The second prediction is for a total over 213 points for the odds of 1.56. 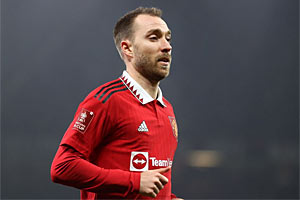