Utah Jazz vs Toronto Raptors: prediction for the NBA match

Utah Jazz vs Toronto Raptors: prediction for the NBA match

In face-to-face meetings of these teams in the last 29 matches, we saw a slight advantage of Utah. The Jazz has 16 wins, Toronto has 13. Last season the rivals met three times.

After a series of vague matches, Quincy Snyder's wards finally managed to win a landslide victory. In the last match the jazzmen defeated Philadelphia at home (120:85). Rudy Gobert's solid performance did not allow the Sixers' attack to unfold. On account of the center "Utah" there are 15 points and 17 rebounds.

The Jazz have always been considered the home team. At Vivint Smart Home Arena, they manage to show a good game. For example, this season the “musicians” have lost only two meetings on their own parquet with “Indiana” (100: 111) and “Miami” (105: 111).

Pascal Siakam returned to Toronto, but the Raptors are losing more with the Cameroonian than without him. For example, in the last five matches, they have suffered six defeats. Only Philadelphia managed to beat Nick Nurse's charges (119:115). But after that, the Canadians lost to Detroit (121:127) and Portland (113:118).

After a great start to the season, things start to fall into place. Toronto is gradually losing its position. So far, Canadians are still ninth in the East, but a few setbacks could send them out of the top 10.

In recent matches Toronto acted quickly enough, but this is not the team that will be able to open the defensive redoubts of Utah. "Jazzmen" stopped teams with more promising attacks. For example, “Atlanta” and “Milwaukee” did not even score 100 points for Snyder's wards.

We don't believe in the Raptors attack. Most likely, the match will not be effective.

Utah is too good at home. Snyder's wards are betting on protecting the ring. Not all opponents can handle this tactic. "Toronto" can not be attributed to the grandees, so they are unlikely to succeed. 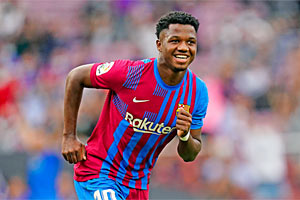