Last year began with a confident and devastating victory of Golden State at home. However, the subsequent host country was not so successful. Firstly, there were two defeats from the hosts and secondly, the only home victory turned out to be “on thin”, ending in 105:100 in favor of the Spurs.

The Spurs are clearly unlucky with the game calendar. As soon as the team gets closer to the top 10 of the West, they have to face the top rival. The team is doing their best and Gregg Popovich is even ready to take the floor himself, if not for his age, but so far the situation is not particularly stable.

“San Antonio” performed well in the last meeting against “Phoenix”, but failed to win (110-115). The Spurs return to the home arena, where they will try to fight back against another leader in the person of Golden State. In a word, it will be hot in the AT&T Center arena.

The Warriors are doing pretty well without the injured Draymond Green, though they haven't been able to catch up with the Phoenix yet. Now Stephen Curry and Klay Thompson are tearing apart the opponents' defense and, as recent matches show, they are pretty good.

Golden State has already chalked up six wins in a row. In a recent meeting was beaten one of the leaders of the East, Brooklyn (110-106). Wards of Steve Kerr played quite competently, however, in some moments they did not keep up with Kyrie Irving and Patti Mills. It is unlikely that the Warriors plan to slow down, which we saw in the last match against Houston, although San Antonio should not be underestimated now.

The Spurs can either surprise with a victory over a clear favorite or lose to a league outsider. Now the situation at San Antonio is not the best, as problems began again and Portland, meanwhile, managed to break away.

"Golden State" continues to bend its line and simply equalizes all rivals under the same bar. Of course, Stephan Curry and company aim to return to the first line of the West, so they will push to the last. The match against the team of Gregg Popovich can be called a real test, but the guests are superior to the opponent in almost all respects.

Our prediction is that Golden State will win with overtime for odds of 1.69 in 1xBet.

The hosts will obviously not sit back in defense, so we expect them to be active near the opponent's ring. "Warriors" focus on the attack, respectively, we are waiting for a spectacular and productive confrontation. 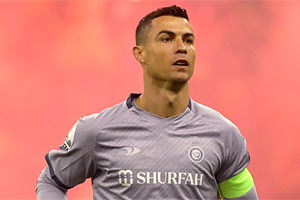