In 2022 clubs faced off twice. In January Phoenix celebrated victory (123:110) and in February New Orleans (117:102) turned out to be stronger. It is important to note that face-to-face confrontations between squads are often pleasing with high performance. And this time we will probably also witness an open game.

New Orleans continues to play without Brandon Ingram and CJ McCollum. The absence of these players affects the game of the Pelicans. Because of this the team from Louisiana lost four of the last five matches. Despite this, the team continues to hold the tenth line in the West.

It is worth noting that in the previous match New Orleans managed to interrupt their unsuccessful streak. Jonas Valanyuchnas woke up in the confrontation with Houston. The Lithuanian managed to score 32 points and completed ten rebounds. Thanks to this, the Pelicans celebrated the victory with a score 130:105.

"Phoenix" issued another enchanting game. This time, the Sunny left no chance for the Lakers. At home, the wards of Monty Williams smashed the Lakers with a score of 140:111. Devin Booker was once again the best in the Suns. In 32 minutes on the floor he scored 30 points.

The team from Arizona continues to lead the Western standings. The advantage over the closest pursuer is seven wins. Phoenix can start preparing for the playoffs right now, because it will not lose its position.

It is unlikely that New Orleans will be able to stop the Phoenix. Without Ingram and McCollum this is quite problematic. The efforts of Jonas Valanciunas alone will probably not be enough. In this regard, we suggest giving preference to guests from Arizona.

Our prediction is the victory of Phoenix, taking into account the handicap (-4) points for a coefficient of 1.70 in BC 1xBet.

In most recent home games New Orleans scored more than 120 points. It is unlikely that the Pelicans will change tactics. Given this, we believe that the team will break the mark of 222.5 points. 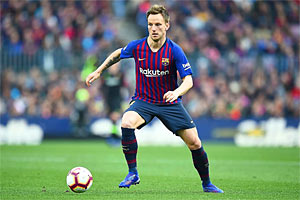