The history of personal meetings of teams has exactly 31 matches. The home team has 15 wins, while guests have won 16 games. Last season Phoenix was stronger than the “pelicans”. Judging by their location in the conference, this year they are also a favorite. In the last five games in two years, the Pelicans have won just once, while the Suns have won four times.

The New Orleans Pelicans are losing in a second straight match. This time the home club lost 109:118 to the Sacramento Kings. Hosts started the meeting at a good pace. The team acted confidently on the floor, being ahead of the opponent by 7 points over the course of three periods. Already in the final quarter the “pelicans” lost concentration, allowing the “kings” to win luck over to their side. Ingram was the best in New Orleans with 20 points. The guys of Stan Van Gundy take 14th place in the conference. On their account are 7 victories after 19 game days, with an average of 110 against 113 points. At home, the Pelicans had 9 meetings, having won 4 victories out of them.

Phoenix Suns triumphs in the third battle in a row. In the last duel the “suns” snatched the victory from the hands of the Dallas Mavericks 109:108 on the road. The fight as a whole took place in an equal fight. The initiative constantly passed from hand to hand. Only in the final segment Monty Williams' guys get together, literally crushing the “cowboys” in their last attacks. The most productive in the “dates” was Paul, who single-handedly scored 34 points. Phoenix Suns is 6th in the West with 11 victories after 19 playing days and an average of 110 points versus 107. The Suns are performing well on the road. They have 7 victories after 11 matches.

New Orleans do not act in the best way. The team does not have enough speed to withstand strong opponents. Phoenix speaks much more convincingly. The team has already got close to leaders of the West. In the face-to-face duel, the "suns" will win. Williams' guys are in good shape. The club fights well away, so the "dates" must stop the "pelicans" even on their territory.

We bet on the victory of Phoenix Suns for 1.94 per BC 1xBet. 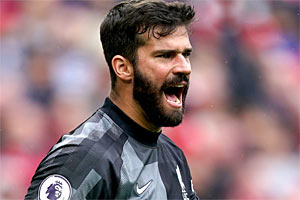