This spring clubs sorted things out twice. In March Memphis celebrated success (123:95) and last night Golden State turned out to be stronger (117:116). In the current series the representatives of San Francisco took the lead with a score 1:0.

"Bears" have become a real discovery of this season. Young players have grown into real professionals who are now showing themselves well. The team did a lot to keep Minnesota out of the playoffs and deservedly advanced to the second round.

Memphis got to the Golden State, but the most important thing is that the team was not taken aback. We saw not only a lot of struggle, but also the spectacle that we were waiting for from the two attacking teams. There are no complaints against Taylor Jenkins' men, but still they lost (116-117). The Grizzlies will now be looking to tie the series.

The Warriors, thanks to the phenomenal Stephen Curry and good team play, are again one of the main contenders for the championship. The team showed excellent basketball in the first round of the playoffs and dealt with Denver (4:1) without any problems.

“Golden State” is already quite an experienced club, which proved in the last meeting. It was not easy for Steve Kerr's wards to resist Memphis, but this evening luck was on the side of the guests (117-116). Jordan Poole played the best he could and ended up with 31 points. Another away match is next in line and the bookmakers again gave the status of the favorite to the “warriors”.

Memphis really plays with taste. The team is attacking well and the young players justify their hopes, however, in the last meeting, one accurate throw was not enough. The Grizzlies are ready to equalize the situation, but the opponent is not averse to doubling the lead.

Golden State has everything to put the squeeze on the opponent on the road, because all the key players are in the ranks and the game is going well. The Warriors are more experienced in terms of playing at this level, so they know what to do. In our opinion, there will be a feeling, but the guests will again get a victory.

Our prediction is for Golden State Warriors to win with overtime for odds 1.82 in 1xBet bookmaker.

We assume that in the second duel the struggle will come to the fore, that is, the opponents will remember the defense. The hosts need a win, but the guests are unlikely to let the "bears" speed up. 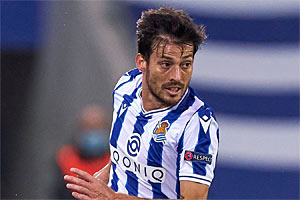