Houston Rockets vs Philadelphia: prediction for the NBA match

Houston Rockets vs Philadelphia: prediction for the NBA match

These teams played 31 matches with each other, as a result of which the Houston Rockets team won 14 times and its opponent Philadelphia won 17 wins. It is worth noting separately their last match, which ended with a score of 133:113. It was played on January 4th, 2022 in Philadelphia.

At times Houston plays good games. Recently, the "missiles" even managed to defeat "Washington" (114:111). But the team from Texas cannot count on anything more. The Rockets have lost the current season, so now they are playing for fun.

Houston have been defeated again in their last two games. First, the “rockets” lost to Dalals (106:130) and then lost to Minnesota (123:141). In the standings of the West, the Rockets are still in last place.

Philadelphia have found their game. In previous matches Doc Rivers' wards have shown a good game. They're not just beating outsiders. For example, recently a team from Pennsylvania has dealt with “Brooklyn” (110:102) and “Toronto” (114:109).

Three days ago the Sixers left no chance for San Antonio. Within their native walls, they smashed the Spurs with a score of 119:100. Joel Embiid was the best in the seventy-sixth line-up. Cameroon scored 31 points and also made 12 rebounds and gave seven assists. Seth Curry and Tobias Harris also had a good meeting.

A few days ago these teams met at the Wells Fargo Center. Then the Sixers won with a score of 133:113. We believe that something similar will happen this time. In their native walls the Rockets act quite aggressively. It is unlikely that they will slow down. The result does not put pressure on them, so the owners can play for their pleasure.

Houston lost their last matches with a big difference in the score. Most likely, Philadelphia will not be able to provide proper resistance. The Sixers are much stronger, so they must win a landslide victory.

Second prediction is for Philadelphia Handicap (-7.5) points for 1.67. 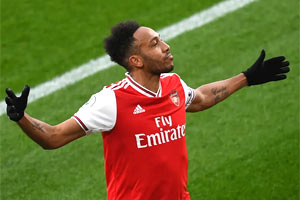