Dallas Mavericks vs Cleveland Cavaliers: Prediction for the NBA match

Dallas Mavericks vs Cleveland Cavaliers: Prediction for the NBA match

Before this match, teams managed to meet 36 times. Exactly 15 victories were won by Cleveland and Dallas was stronger than 21 times. When making a prediction for the game between Dallas Mavericks and Cleveland Cavaliers, you should pay attention to the fact that the last seven out of eight matches ended in favor of the Mavericks.

Dallas has yet to rise above ninth in the West. Wards of Jason Kidd are too unstable. Because of this, the Mavericks are still floundering in the middle of the standings.

Two days ago, the team from Texas at home left no chance for Oklahoma. Luka Doncic, Spencer Dinvidi and Tim Hardaway destroyed the Thunder defenses. The Slovenian scored 38 points. On account of Dinwiddie and Hardaway are 20 points for each. Thanks to these actions, the Mavericks won with a score of 121:114.

In recent games, Cleveland played without Donovan Mitchell. The leader of the "cavalrymen" had a slight injury. Without him, Bickerstaff's wards did not act in the best way and suffered several defeats.

Most recently, Mitchell returned to the court, but his presence did not help to overcome San Antonio. The team from Ohio did not play well in Texas. Mitchell himself once again became the best player on his team. He scored 28 points along with five rebounds and one assist. Despite this, Cleveland lost 111-112.

Our prediction is for the victory of Dallas, taking into account overtime, for a coefficient of 1.82 in BC 1xBet.

In recent home matches, Dallas has shown a scoring game. In 3 out of 4 matches Kidd's wards scored at least 116 points. It is likely that the hosts will force the guests to add a little in the game under someone else's ring. 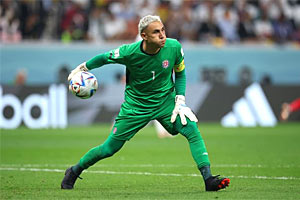