The history of personal meetings of the two teams totals to 30 matches. As we can see, the Boston Celtics have been stronger 13 times and the Los Angeles Clippers, in turn, have won 17 matches. Separately, we note that the last game ended with a score of 114:111.

Before the clash with the Clippers, Boston lost Jason Tatum. The team leader got into the COVID protocol. In the fight against Milwaukee, he was one of the best on the court. Then Tatum scored 25 points. But in the next match with Minnesota he did not play. His absence affected the actions of "Boston". As a result, the Celtics lost to the Wolves with a score of 103:108.

In addition to Tatum, Marcus Smart may not play in the confrontation with the Clippers. Its exit to the parquet is now in question. In this case, everything will depend on the successful actions of Jaylen Brown. He must lead the partners.

The Clippers also have losses. Reggie Jackson, Nicolas Batum, Isaiah Hartenstein and Paul George will not play in the upcoming meeting. In the previous match, the Sailboats played without these players and lost to Brooklyn with a score of 108:124. The best member of the Los Angeles squad is Marcus Morris, who scored 24 points.

Recent setbacks have sent the Clippers into sixth place in the Western Conference. It will be very difficult to improve the situation, since the team leaders are unlikely to return to the floor in the near future.

The Boston squad looks preferable. The Celtics have Brown and Pritchard. But the Clippers can count on Morris's successful actions, but he is significantly inferior in class to the Celtics players.

We believe that in their native walls the "Celts" will confidently overcome the "sailboats".

Our prediction is Boston's victory, taking into account the handicap (-4.5) points for the odds of 1.77 in the bookmaker's office 1xBet.

The absence of key players will probably affect the teams' play. Both Boston and the Clippers have not scored too many points in recent games. It is likely that even now they will not be able to demonstrate a bright game. 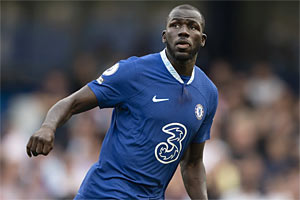