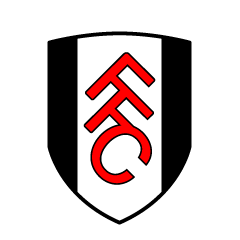 Two powerful teams that have gained a good shape and are among the best in the league will stand against each other. “Fulham” managed to prove that after quarantine it could defeat not only the middle peasants and outsiders, but also its top 6 colleagues, which they had previously been given rarely and with great difficulty.

West Bromwich is one of the main contenders for a direct ticket to the Premier League. At the moment, the team takes the second place in the standings, having 81 points in its assets. It’s too early to relax, because the closest pursuer Brentford is only three points away.

After a quarantine pause, the “blackbirds” began unconvincingly, but noticeably added in the last rounds. In four previous matches, the team earned ten points by beating Sheffield U (3: 0), Hull City (4: 2) and Derby County (2: 0) and also ended the draw with Blackburn ( 1: 1).

Fulham is now in fourth place in standings. The team earned 76 points, which is five less than the future opponent. "Summer residents" have already guaranteed themselves a place in the playoffs, but if they win this meeting, they have a chance to compete for a direct ticket.

After the break, Fulham lost two matches at once to direct competitors - Leeds (0: 3) and Brentford (0: 2), after which they gave a series of four wins in a row. Throughout it on the road they were beaten by the CRC (1: 0) and Nottingham Forest (2: 1).

Both teams are in good shape now. However, “Fulham”, as a whole, plays with direct competitors unsuccessfully. The team scores on the rivals' fields a little, while West Brom looked good in the last rounds in the attack. “Summer residents” did not often win in the last full-time matches on the field of “thrushes”. We believe that in this meeting they won’t succeed.