Wales - USA: "dragons" will win over "stars and stripes" | Odds2win

Wales - USA: "dragons" will win over "stars and stripes" | Odds2win 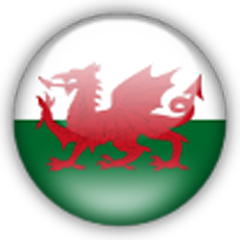 In recent history, only one full-time duel was played between teams, which took place back in 2003. Then the Americans accepted Wales on their territory also within the freight train and the home atmosphere helped the United States to beat the British dry.

Ryan Giggs' men are leaders in their League of Nations quartet. The Wales national team has ten points scored after four games played and together with the Finns the "white-greens" are seriously ahead of Ireland and Bulgaria.

Over the past two months the “dragons” have managed to get victories in the meeting with the national team of Finland (0:1) and also beat the Bulgarians twice (0:1 and 1:0) and again played a zero draw with the Irish.

In addition, the Wales national team also has a losing control match against England (3:0) with a crushing score.

For the US national team, the upcoming match will be the first since February of this year and therefore it is very important for the team's coaching staff.

Gregg Berhalter and his assistants will try to assess the playing condition of their players and a confrontation against a far from weak opponent will help them in this.

The US team has another friendly game ahead, that’s a game against Panama. Most likely, the key players will spend most of their time on the field in the meeting with Wales, but against Panama coaches will check the nearest reserve in action. More scientific football prediction today can be obtained from the link provided.

According to the quotes provided by the bookmaker organizations, in the upcoming game the home team has a slightly more chance of winning.

Right now, bets are being accepted on the Welsh national team with odds of 2.22 and the possible triumph of the USA is estimated at 3.38.

After a long break between matches and even more so under the guidance of a coach, with whom the team has not played a single official game, it will be extremely difficult for the stars and stripes to count on a positive result in the upcoming game and therefore we advise you to bet on the event: "Wales win or draw and match total is under 3.5 for 1.58.

Place a bet on the line of 1xbet promo code india with odds of 1.58.