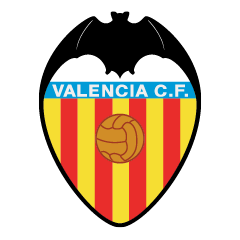 The first game ended with a devastating defeat to Valencia with a score of (1:4). Such a result interrupted the Spanish club's 4-match losing streak in this Champions League draw (2 wins, 2 draws). Atalanta, in turn, extended its series without losing in the Champions League to 4 matches (3 wins, 1 draw)

Valencia with great difficulty and in general quite unexpectedly broke into the playoffs, having managed to beat Ajax in his last round on his field. Certainly after such success the fans of "Bats" had high hopes for a duel with Atalanta, but it all ended in defeat. A defeat of (1: 4) in Italy leaves Valencia with the least chance of passing.

Immediately after the Champions League fiasco, Albert Selades' team was defeated by Real Sociedad away - the opponent sent three unanswered goals. After that, Valencia beat (2: 1) Betis and drew a (1:1) with Alaves, unable to rise above the seventh line in the table, the distance from the fourth Getafe is four points.

Atalanta also solved the issue of the Champions League playoffs at the last moment, beating Shakhtar 3: 0 away. Gianpiero Gasperini's team tuned for Valencia as expected - in their sparkling style, the Bergamas defeated the “Bats” with a score of (4: 1), but in defense they were mistaken in a lot, the opponent openly forgave.

Due to the epidemic, Atalanta played in Serie A after a fight with Valencia only one match - away with Lecce. Despite the fact that the underdog managed to score two goals in the first half, in the second half of the meeting Atalanta erased it in powder, scoring five more goals. In this way, the team consolidated on the fourth line and ahead of Roma by three points, while having a match in reserve.

Will not play: Rafael Tol?i.

Valencia unsuccessfully played in the first match, having received four goals, but to finally write off the bats is hardly worth it. Atalanta have serious attacking potential, but in defense the team has serious problems - in the group it lost to Dinamo Zagreb (0: 4) and Manchester City with a score of (1: 5), having managed to play only with Shakhtar, but only because of the referee's mistakes.

Valencia is unlikely to have already lowered its hands and will definitely try to take revenge on its field - Atalanta in defense is not flawless and it makes sense to expect effective football from the "Bats".

We believe that guests will be productively mistaken. Forecast - Valencia Individual Total Over (1.5) Goals