Troyes vs PSG: Guests will be rehabilitated for the Super Bow

Troyes vs PSG: Guests will be rehabilitated for the Super Bow 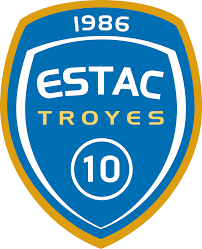 The upcoming match between Troyes and PSG will be the 30th in the history of head-to-head confrontations. Troyes have only 4 victories, while the Parisians have 19. In the last 6 face-to-face meetings of Troyes and PSG, within the Ligue 1, the passage of the rate "both not to score" was recorded. 6 of the last 7 head-to-head matches on the Troyes field (in Ligue 1) ended with a grassroots total of less than 2.5.

Troyes played in Ligue 2 last season. But the team scored 77 points in 38 matches and confidently finished in 1st place. Now Laurent Batlier will try to shine in Ligue 1. The bookmakers list the team as one of the candidates for a downgrade in the class. Bookmaker estimates by odds 6 the probability that the team will be in one of the last 2 positions. But we do not think that the “blue and white” will just leave the elite division. In the summer they have strengthened quite well and they probably expect to cling to a place in the middle of the table. Let us remind you that Troyes' roster was joined by Nikolay Kukharevich (Rukh), Issa Kabore (Manchester City) and Jess Moulin (Saint-Etienne).

By the way, Troyes is part of the City Group. That is, this team has same owners as Manchester City.

In the last Ligue 2 draw, Troyes won the most: 23 victories with 8 draws and 7 defeats.

In the last 19 matches in Ligue 2, the “blue-whites” have invariably scored at least one goal against their opponents.

All footballers are healthy and ready to appear on the field.

PSG have already played an official match. Pochettino's men fought for the Super Bowl with Lille's weakened outgoing transfers. The Red-Blues were defeated with a score 1:0 without a majority of the leaders. Of course, this is not the best start to the season. Surely, now the metropolitan performers will try to rehabilitate themselves.

Last season the Parisians took 2nd place in the standings, having given the champion title to the same Lille.

In the 2020/2021 season PSG became the most productive club in the French championship. After 38 rounds the asset had 86 successful strikes. It is noteworthy that in 6 of the last 7 games in Ligue 1 performers of the capital's team broke an individual total of more than 1.5.

In the last championship the away Parisians earned 40 points in 19 games: 13 wins, 3 draws and 3 losses.

So far following players remain in question: Di Maria, Donnarumaa, Dagba, Paredes, Marquinhos, Veratti, Neymar, Rafinha, Ramos and Sarabia. Certainly Geye and Bernat will not appear on the field. By the way, if you need melbet promo code 2021 India, please follow this link.

Not the best start PSG made the bets on it attractive. It's time for Pochettino's charges to confidently win. We take them with a handicap of (-1.5 ) goals coefficient 1.83 in 1xBet.