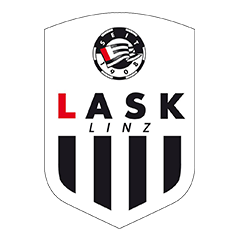 There were no head-to-head meetings between the teams, which is why the match has an unpredictable result, in which anything can happen. Very soon we will find out who will open the statistics of face-to-face confrontations in their favor.

Spurs certainly have ambitions to participate in the group stage of the Champions League, but taking into account last season, they even won a place in the Europa League with an interference).

In the Premier League, Tottenham now have 8 points after 5 rounds (2 wins, 2 draws and 1 defeat - total 15:8). But what is curious is that Spurs took both victories away, while at Hotspur in the Premier League 2020/21 they are still content with draws.

And there were a lot of complaints about Tottenham after the last draw with West Ham. Having won the 1st half with a score of 3:0, Spurs managed to share the points (3:3). If something similar happens on Thursday, then there are big doubts that Mourinho will continue to work at Tottenham.

This is not a timid team and it can make a rustle in LE. Remember last year the first place in the group with PSV, Sporting and Rosenborg (4 wins, a draw and a defeat - total 11:4), then there was a victory over AZ Alkmaar in 1/16 and relegation from Manchester United in 1/8.

In the Austrian championship LASK claimed 2nd place (a ticket to the Champions League qualification) almost throughout the entire season, but failed the post-quarantine segment of the tournament finish, having 6 defeats and 1 draw in the last 10 rounds. As a result, taking into account the penalties from the Football Federation for participating in fixing matches, the team took only 4th place (20 wins, 4 draws and 8 defeats - total 67:37).

In principle, LASK started the new season well: they got 7 points in the Austrian championship for 4 rounds (2 wins, a draw and a defeat - total 5:5); passed Sporting in the LE qualifier (away victory 4:1).

In principle, we agree with this conclusion of the bookmaker's analysts, but we are very confused by the Spurs' defense. They have played 9 official games (Premier League, English League Cup, LE qualification) and Tottenham missed each one.

In the 10th ("jubilee") official game of the English club, there is an opponent who is very impudent in attack. Moreover, LASK is good not only on counterattacks, it also has a good positional attack. So most likely, Tottenham will miss home.

Well, since hosts a priori are obliged to score (the status of the favorite obliges), then a very promising “both will score - yes” looms for 1.91.