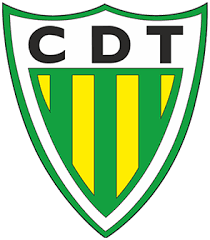 Despite the difference in reputation, both teams barely beat their minor league rivals in the third round of the Portuguese Cup. “Tondela” was helped by a penalty kick in stoppage time, while “Vitoria” had to defeat the most modest “Aroca” in a penalty shootout.

Tondela plays well at home, recently defeating superior Santa Clara and outsider Portimonense and out of 4 meetings the team lost only to Braga at home, whereas in the starting round they shared points with Rio Ave. The club is located on the 12th line, although the difficulties in the defensive line create great obstacles for climbing the standings.

Guimaraes is in eighth position, but the effective actions of the attackers are more myth than truth. 4 goals in 7 battles is a too weak result for the top team. Vitoria performs well on the road, having recorded 2 wins and a draw on its own account and now with an unbeaten run goes to visit Jo?o Cardoso.

Last matches have shown that the emotional state of the home team is now much better, but the general level of play at Vitoria of Guimaraes is much higher, which will be reflected in this meeting.

We recommend betting on the winnings of guests at the odds of 2.17.