Sweden vs Japan Match Prediction: Betting on the favorite?

Sweden vs Japan Match Prediction: Betting on the favorite? 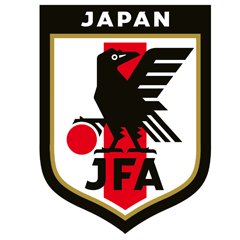 Sweden won 4 of 5 last matches. In 4 of the last 5 matches of Sweden, goals have been scored in both halves.

The Swedish national team successfully qualified for the European Championship, where they hit the gates of their rivals 40 times and beat Hungary, Slovakia and Latvia, which brought a ticket to the Olympics.

The first match brought not only a victory over the US national team (3:0), but also identified the team as one of the main contenders for success in Tokyo. In the second game the “yellow-blues” defeated Australia (4:2), followed by a dry deal with New Zealand (2:0), which brought an absolute result and a ticket to the playoffs.

In the first match the 2012 Olympic silver medalist drew with Canada (1:1), after which Nadeshiko Japan could not oppose the British team (0:1). In the decisive round the Japanese women defeated Chile minimally (1:0), for which we made a prediction.

Our prediction is an Asian handicap (-1) on Sweden and we bet on this on the line of BC 1xBet with a coefficient of 2.19.

Japan has dried up all matches, although the team has a serious attacking potential. We believe that in this game opponents will not close in defense and will please with goals scored.