South Africa vs Uganda Match Prediction: Who is stronger?

South Africa vs Uganda Match Prediction: Who is stronger? 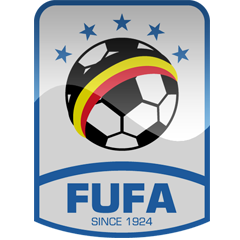 In recent years opponents have played only one match. It was held in 2019 as part of the COSAFA Cup. Then teams fought for fifth place. As a result, the main time of the match ended in a draw with a score of 1:1 and South Africa was more fortunate in the penalty shootout.

South Africa has played only two matches this year. They came in March, when the qualifying tournament for the Africa Cup of Nations was over. Then the team lost to Sudan with a score of 0:2 and drew with Ghana 1:1. As a result, South Africa was left out of the upcoming tournament, yielding to its direct competitors. At the same time, the team did not have a strong attack. They scored eight goals in six games, but six of them went to Sao Tome and Principe, the quartet's main underdog.

In March Uganda showed the same result as South Africa. They fought for access to the Africa Cup of Nations, but first drew with Burkina Faso with a score of 0:0 and then lost to Malawi 0:1. As a result, Uganda took third place and its rivals received the coveted tickets. It is worth noting that the team is very grassroots. So, in six matches of the qualifying tournament they scored three goals and conceded only two. So, what is the successful soccer prediction?

Among the African national teams, South Africa looks much stronger than the Ugandan national team, but this is a friendly match and it is not clear which lineups both head coaches of these teams will put forward. It is quite possible that we can see a lot of young players on the field who can be involved in the future, but if we talk about a bet on this match, then you should not expect a large number of goals scored. One or two goals scored can decide everything, but not more.