Schalke vs Hamburg: how the meeting will end?

Schalke vs Hamburg: how the meeting will end? 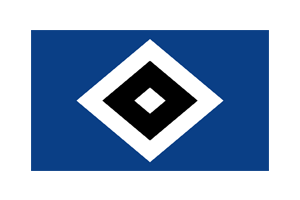 Schalke were the Bundesliga's biggest loser last season. The Pitmen started in the Bundesliga with a crushing 0:8 defeat from Bayern and, as a result, they spent the whole season on this note, having issued a departure from the elite long before the finish of the championship. In the summer all the key players left the team and, with the new line-up, the Pitmen were preparing for the start of the Second Bundesliga through friendly matches, in the last of which they beat Vitesse with a score 3:2.

Hamburg also flopped last season. Once again, the “townspeople” expected to return to the Bundesliga, but again they were left with nothing. The failure at the end of the season, where Daniel Tion's team could not win for five matches, turned into a fall to the fourth line, from where it was not possible to get out.

Hamburg prepared intensively for the start of the season already with a new coach in the person of Tim Walter, having played many friendly matches among the last two victories with the same 1:0 score over Basel and Silkeborg.

Schalke seriously renewed themselves in the summer. All the leaders and players who managed to find clubs in the elite left the team. Obviously, the Pitmen's teamwork will be lacking. Hamburg is quite capable of taking advantage of this, which has a strong backbone and in general now surpasses the club from Gelsenkirchen in terms of selection of players.

We believe that guests have a better chance of winning. Prediction is for Asian handicap (0) for Hamburg. In BC 1xBet such an outcome is offered with a coefficient of 2.09.

Schalke have a completely new line of defense and are not woven from the top players who will still lack teamwork. In such a situation, it will be almost impossible for the hosts to stay dry against Hamburg, but the townspeople are not famous for their reliable defense, so an exchange of goals is very likely.

Our second bet will be both to score. This bet can be placed for 1.64.