Schalke - Bayern: Should We Wait For Goals?

Schalke - Bayern: Should We Wait For Goals?

On Tuesday, March 3, Schalke and Bayern will play in the quarterfinals of the German Cup. The fight will take place at the Feltins Arena at 19.45 GMT. At the moment, Bayern are in the lead of the Bundesliga standings, with 52 points in their arsenal. Schalke, on the other hand, is in sixth place with 36 points. What bets to prepare for the upcoming match? Forecast from Odds2win.

Schalke in the second round of the championship makes a mistake after mistake, which already threatens the team of David Wagner with a relegation from the Eurocup zone. So far, the “Pitmen” are in sixth place, but Wolfsburg, Hoffenheim, with whom they will play in the next round, and Freiburg are in close proximity, also betting on the Europa League.

Schalke can now only dream of the Champions League - Borussia from M?nchengladbach already has 10 points more, which will be very difficult to play, if at all possible. In the last round, Schalke, contrary to all forecasts, was defeated away by Cologne with a score of (0:3) - thus a series of “Pitmen” without victories reached six matches.

Bayern regained their excellent shape, followed by the podium in the Bundesliga - following the results of 24 rounds, the Hans-Dieter Flick team is the sole leader of the championship. However, Leipzig doesn’t want to be left behind - in the table of the main contenders for the championship, it shares three points and the bulls are clearly not set to stop the intrigue.

The last round for Bayern turned out to be very successful, but at the same time strange - the team sent six goals to the Hoffenheim by the 62nd minute, but this ended in football literally. Due to the inappropriate behavior of the fans, the teams stood the rest of the time on the field. Thus, Bayern won the 10th victory in a row in the championship.

Schalke unexpectedly failed in the crisis and already almost said goodbye to the dream of the Champions League, but the “Pitmen’s” game cannot be called hopeless. Bayern are certainly the favorite of the match, but Schalke is quite capable of giving a fight on their field - in the current Cup draw the German champion missed in each of the three previous matches, the “Pitmen” can completely extend this series.

Our forecast - both teams will score.

In 1xbet, such an outcome is offered with a coefficient of 1.63 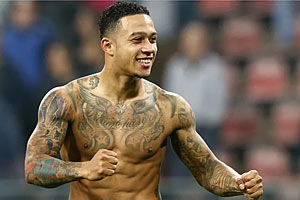