Sangju Sangmu vs Seongnam: prediction of championship of South Korea

Sangju Sangmu vs Seongnam: prediction of championship of South Korea 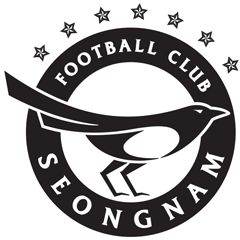 The last face-to-face confrontation between the clubs took place on April 6th, 2022 and the match ended with the score 0:3. If we consider the entire history of personal meetings, then it indicates 27 games. The Sangju team came out victorious in 8 matches, while the Seongnam club beat the upcoming opponent 9 times. In another 10 games teams could not determine the strongest and the meetings ended in a draw. The statistics of goals scored and conceded shows the following: 30-36.

Gimcheon Sangmu won first place in South Korea's second-best league last season, which earned the team a ticket to the elite division. The team changes every year. This is due to the fact that players called up for service are in the squad.

Over 16 rounds of the current championship, the Blue-Reds have chalked up four wins and five peaceful outcomes, which brought 17 points and ninth place in the standings. The line of attack played well, which differed 18 times, while letting the team pass even more. After a draw with "Seoul" (2:2), the army team lost to "Suwon" (0:1).

Last season the seven-time champion of the Republic of Korea managed to stay in the elite championship with some difficulty, where he was only two points ahead of the losers of the championship. Over 16 rounds of the current season, the team's situation becomes critical. Two successful matches and four draws brought 10 points and 12th place in the standings.

It is impossible not to mention the team's worst performance in the league in terms of the quality of defense, which missed 28 times. After the defeat from Incheon United (0:1), today's guests tied with Daegu (1:1).

Both teams did not impress in the first rounds and today we are waiting for maximum tension on all parts of the football field. Opponents have a chance of success. The support of the stands and the statistics of face-to-face confrontations are on the side of the army, while today Kimcheon Sang-mu still looks more preferable.

Our prediction is the victory of "Gimcheon Sangmu" and we bet on it through the line of 1xBet bookmaker with a coefficient of 1.89.

In recent face-to-face matches, both teams pleased with active attacking football and scoring. We believe that this match will not be an exception and are able to please with scoring chances, because both teams are not a model of reliable defense.