Sampdoria is not yet very successful in the current season. Claudio Ranieri's team is in 11th place in the table. From the relegation zone "blucherkiatti" come off by six points, which so far allow the team to play relatively calmly. At the same time, it will be extremely difficult to break through to the European cups. Nine points are missing before the sixth Sassuolo.

In the last round Sampdoria lost 0:1 to Roma, having suffered a second defeat in a row.

Inter looks very solid in the first round of the championship. Antonio Conte's team justifies its status as one of the main contenders for the scudetto, being on the second line in the table. The Nerazzurri are one point behind the leader of Milan, but still have serious competition from Roma, Napoli and Juventus.

In the last round, Inter defeated Crotone with a score of 6:2 without the slightest problem, thus securing the eighth victory in a row in the championship. The top scorer of the team in the person of Romelu Lukaku will miss today's meeting. The Belgian was injured. More soccer predictions can be obtained from the link provided.

Inter is absolutely deservedly considered, if not the main one, then one of the main contenders for the Scudetto. Antonio Conte's team is in excellent shape. It has practically no equal in the selection of players. Sampdoria is approaching the game with Inter not in the best shape. Hosts have serious problems in defense. In such a situation "blucherkyatti" is hardly worth counting on glasses.

We believe, hosts have no chance. Prediction is Asian handicap (-1) at Inter. In BC 1xBet this outcome is offered with odds of 1.99.

Place a bet on the line of 1XBet Promo Code in India with odds of 1.99. 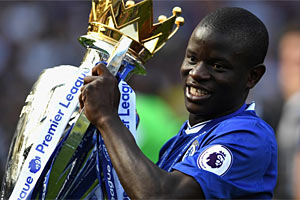