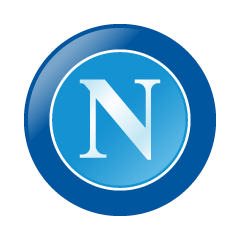 Due to the fact that the Spaniards practically did not participate in Eurocups before and Napoli plays differently from season to season, these teams did not meet before. This match will be the first for them.

Real Sociedad played good football last season. At the same time, the team only confirms that the results of the past year were not accidental. In the Europa League group, it turned out to start with minimal victory over Rijeka (0:1). The goal was scored by striker Jon Bautista. Basques interrupted a series of 3 consecutive matches without victories in the Europa League. The last time they managed to win back at the end of 1917, away from Rosenborg (0:1).

In the Spanish Championship, Imanol Alguasil's wards are now also showing excellent football. In the last round, victory over Huesca was recorded (4:1). After this success, Sociedad has 14 points. They are in the lead in the standings.

In the Europa League in the last 2 matches at home, Sociedad has never won (draw and defeat). However, before these 2 defeats, since the end of the 80s the winning home streak lasted 12 games.

The coach will not be able to use the following players: Asier Ilyarramendi, Igor Subeldia, Luca Sangalli, Martin Marquelans and Joseba Saldua.

Under the leadership of Gennaro Gattuso, Napoli becomes a team that acts according to the mood. For example, before the start in the Europa League group, they defeated Atalanta with a score 4:1 in Serie A at the home arena. But directly in the LE "parthenopeia" lost at the home arena (0:1). A few days after this match, victory was recorded in the championship over Benevento (1:2). In our opinion, the misfire in the LE was just an indicator that the Neapolitans are not particularly interested in this tournament. But in Serie A the team moved up to the 2nd place in the table and will probably try to stay on it.

As for the results in the Europa League, in the last 4 matches the team was losing exclusively. The last victory was recorded back in March last year over Salzburg (3:0).

Only Tiemue Bakayoko remains in question.

After the annoying pocket, "little donkeys" are simply obliged to take points in the away match. True, their opponents have one of the most impenetrable teams in the Spanish championship, but the Neapolitans will have to take risks if they expect to get out of the group. In turn, “Real Sociedad” will also not modestly sit in defense and the Spaniards will surely find their goal. Taking into account the above, we recommend placing a bet on the outcome "both score - yes" at odds of 1.75.