Real Sociedad vs Mirades: how will the match end? | Odds2win

Real Sociedad vs Mirades: how will the match end? | Odds2win 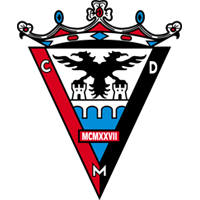 In the second semifinal match of the Spanish Cup, there are teams that no one expected to see Real Sociedad and Mirandes at this stage. The Basques are favorites here, but the opponent will try to surprise everyone again!

The Txuri-urdin come to the match in good shape and with good chances to win the trophy. Throughout its history, the team managed only twice to become the owner of the national Cup. It happened in 1909 and 1987. Five more times, Real Sociedad made it to the finals, where in decisive matches they conceded. But the true is, the Basques participated in the finals for a long time - thirty years ago. This season, Real Madrid, which they left overboard in the quarter finals, beating away 4–3, was the most serious opponent in previous stages. Earlier, the Basques passed two more representatives. Examples - Osasuna (3: 1) and Espanyol (2: 0), as well as Ceutu (4: 0) and Becerril (8: 0).

For the club, playing in the second most important division of Spain, the very entrance to the semi-finals of the tournament is already a serious achievement. Note that the best club results are associated with Cup, for now. Mirandes never played in the Primera, and in Segund the team appears infrequently. In the second most important division of Spain, the team spends only the fifth season, mainly living in Tercera. But in the 2011/12 season, “Mirades” also managed to get to the semifinals, where he lost in the total of two matches to “Athletics” Bilbao with a total score of 3: 8.Then, alternately, representatives of Celta (2: 1), Sevilla (3: 1) were left behind the side of the tournament, and Villarreal (4: 2) was defeated in the quarterfinals. Mirandes beat all of them at home. More soccer winning predictions can be obtained from the link provided.

Bookmakers are considered the undisputed favorite of the Real Sociedad match. The Basques are on the move now, they play well in their native arena and demonstrate excellent performance. Mirandes was already surprised by knocking out Sevilla and Vilrreal from the tournament, but he did it in his native arena. Sociedad is unlikely to allow underestimation, especially since the chances of winning the tournament are great, and should provide a good handicap before the return game. Our forecast is the victory of Real Sociedad with a handicap (-1.5) with odds to 1,98 at 1xbet
Compare Odds
Bet Now!