Real Madrid vs Mallorca: Prediction for the match | Odds2win

Real Madrid vs Mallorca: Prediction for the match | Odds2win 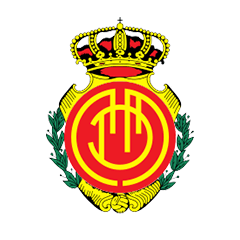 The vice-champion of Spain received a new mentor for the new season, who became Carlo Ancelotti. The head coach managed to find a common language with the team and after five rounds Real Madrid tops the standings of the Spanish Championship.

The assets of the "creamy" draw with "Levante" (3:3) and won four times over "Alaves" (4:1), "Betis" (1:0), "Celta" (5:2) and in the last round over Valencia (2:1). It is impossible not to note the best indicator in the league in terms of the effectiveness of the attack, which, on average, scored three goals. The best sniper of the team and of Primera so far is Karim Benzema (six goals).

One cannot but recall the successful start in the Champions League, where Galacticos started with a 1:0 win over Inter last week.

In the infirmary of the team are Bale, Carvajal, Cross, Marcelo, Mendy and Ceballos.

“Mallorca” made it directly to the top division in the past season. The islanders took the final second place, which brought a ticket to the elite championship. The modest budget allowed them to strengthen only some positions, while maintaining the core of the team.

The start of the new championship went well for the "cinnabar". In five rounds the team scored two victories over Alaves (1:0) and Espanyol (1:0), which resulted in eight points and the ninth position in the standings. Last Sunday, the islanders shared the tournament points with Villarreal (0:0) at home.

In the infirmary of the team are Angel, Maffeo, Raillo and Russo, who has a muscle injury. More hottest soccer prediction site can be obtained from the link provided.

In this match, two teams from different dimensions will enter the field. There are losses in the Madrid squad, but the rotation will allow Carlo Ancelotti to set the optimal squad and get another victory over a convenient opponent. We expect the total advantage of "Real" and the confident victory of the leader of Primera.

Our prediction is the Asian handicap (-1.5) on Real Madrid and we bet on this according to the 1xBet bookmaker with the odds of 1.78.

In this game, the guests will close in defense as much as possible, but the “creamy” one is no stranger to breaking through the dense ranks of the opponents' defense. In our opinion, today White will win at least two goals.

The second bet is a two-goal win for Real Madrid in 3.95.

We recommend visiting the page best betting site in bangladesh and place a bet on the line of 1xBet with odds of 1.78.