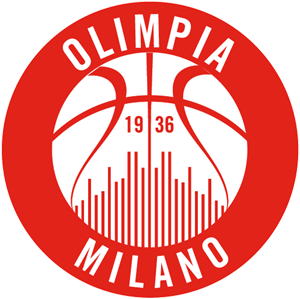 Olympia is in great shape and blows away everyone in its path. On October 11, the team won the 17th victory in a row. Such a result is rare in basketball and in any sport. The Italian club is so cool that in the match with the upcoming rival it is put as the favorite, although it wasn’t ever in games against Real.

Olimpia had excellent preparation for the new season and won all matches in League A and Euroleague. However, in the first round in Munich, the team was close to defeat. Bayern were leading by two points at the end of the meeting, but Olimpia converted the last possession, transferring the game to overtime, where they won with a score of 81:79. The home match against Asvel was much simpler: the Italian club won in every quarter, setting the score 87:73.

Real Madrid looks great in the new season in the AKB-League, where it crushes all its rivals, but things do not add up in the Euroleague. So, “creamy” lost unexpectedly to the Basque Country with a score of 63:76 in the first round. They lost a double-digit gap in the home match against Valencia with a score 77:93. However, a major victory over Gran Canaria with a score of 90:65 should give the Spaniards confidence before games against Khimki and Olympia.

We believe that Real Madrid is simply underestimated. The potential of the club is huge and while they give the “creamy” odds more than two to win, this should be used, since we are sure that by the beginning of this meeting this coefficient will drop. We bet on W2 in 1xBet for 2.29.

When you are looking at sports betting systems that you can use so that you can improve your chances of winning, it is better if you take some…