New Zealand vs Honduras: Who is stronger?

New Zealand vs Honduras: Who is stronger? 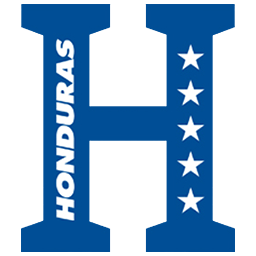 Honduras have lost 3 of their last 5 matches. In 3 of New Zealand's last 6 games, goals have been scored in both halves.

New Zealand made it to the second of the last three Olympic tournaments and became the only representative of Oceania. On the way to Japan the team managed to beat Samoa (6:1), American Samoa (12:0) and the Solomon Islands (4:2).

If at the last Olympics the team took the last place in the group, then in the first game of the current tournament it started with an unexpected victory over South Korea (1:0).

The Honduras national team has made it to the last three Olympics. The team paved their way to Japan with a victory over the US national team in the semifinals.

At the last Games in Rio de Janeiro, the "white-blue" took second place in the group round, followed by the team defeating South Korea in the quarterfinals (1:0), but in the 1/2 finals they did not cope with Brazil (0:6). In the match for the bronze, Honduras lost to Nigeria (2:3).

In the first meeting of the current tournament, the Americans lost to Romania (0:1), for which we made a prediction.

In our opinion, this group contains teams of approximately equal strength. Today on the field, dedication and chance will decide everything. We assume that the representatives of Oceania can play for a draw that suits them, but it is hardly worth waiting for defensive football from the American team.

We expect a game on a collision course and assume that goals cannot be avoided, on which we will play a bet.

It's hard to give preference to anyone in this duel. Most likely, New Zealand will be able to keep the onslaught of nominal guests and write down the tournament score.