Morocco vs Portugal: Prediction for the Championship | Odds2win

Morocco vs Portugal: Prediction for the Championship | Odds2win 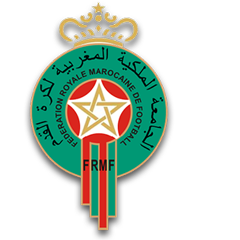 When making a prediction for the game between Morocco and Portugal, it is worth noting that in modern football teams met once. The confrontation took place in 2018 at the group stage of the World Cup and ended with the triumph of the Portuguese with a minimum score of 1:0. Cristiano Ronaldo became the hero of the match, scoring already in the 4th minute.

This World Cup has produced the most goals in the World Cup Round of 16 since the stage was reintroduced in 1986. The only team that conceded the least in this tournament passed this stage without scoring or conceding goals. The dramatic denouement of the duel with Spain ended in a penalty shootout. This success brought a torch of success for Morocco, which became only the fourth from Africa and the first Arab country to reach the quarter-finals of the World Cup.

Walid Regragui is the first African coach to reach the quarter-finals of the World Cup after beating Luis Enrique and the Spanish national team. FIFA recently said that "Moroccan football is starting to reap the benefits of the Federation's good work" and there seems to be no limit for the Atlas Lions, who will now set their sights on becoming the continent's first World Cup semi-finalist. Recall that today's nominal hosts in this championship defeated Belgium and Canada, followed by a series of 11-meter with Spain.

Agerd, who has a leg injury, will not be able to play today.

Portugal won a huge victory over Switzerland with a score of 6:1. Such a success, when the “team of the elite” scored no less than six times, it achieved only the second time in its history. An additional story was Christian Ronaldo. Or rather, the fact that Fernando Santos left a star on the bench, which allowed 21-year-old Gonzalo Ramos to play, who pleased with three goals at once.

Remarkably, the future star played at such a high level for the first time. The young forward became the first player to achieve such success on his full tournament debut since Miroslav Klose in 2002. Faith in the team is growing, especially with Portugal led by Santos, who already has hero status after leading the team to glory at the 2016 European Championships.

Pereira and Mendez, who has a hip injury, will not be able to play today. More todays football predictions can be obtained from the link provided.

In this match, we are waiting only for the victory of Portugal. The African team is already a hero. For the first time Morocco will play in the quarterfinals, while the wards of Walid Regraga rightfully qualified for this stage of the tournament. Most likely, due to the great desire and motivation, the "team of the elite" will be able to take the game under their control and achieve a ticket to the semi-finals exclusively in the class.

Our prediction is the victory of Portugal and we bet on it through the 1xBet bookmaker line with a coefficient of 1.80.

We assume that today the defense of Morocco will not be able to resist. The team have conceded just once in recent games, while facing hat-trick hero Ramos, who was only three years old when Ronaldo scored his first goal in a major international tournament. Moreover, this Mundial is likely to be the last in Cristiano's career, which will give the striker additional strength and motivation.

Second bet is for Portugal to win by two goals at 5.35.

We recommend visit the page free melbet promo code in Pakistan a bet on the line of 1xBet with odds of 1.80.