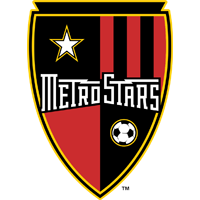 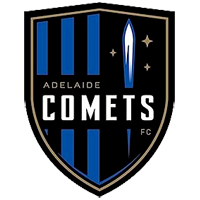 Australian football. Hosts play well at home. Out of five meetings, only one ended in defeat. Guests away from the last five matches only had two victories. That is the advantage of hosts, but if you look at the statistics of the championship, quests are in better shape.

“MetroStars” showed itself perfectly last season. True, the team had a turning point in the game, where it could not win in seven rounds and got sixth place in the table because of this. However, this did not stop playing in the NPL playoffs. The club on its way to the finals dealt with such teams as Adelaide Raiders (4: 0), Adelaide Olympics (2: 1) and Adelaide Comets (4: 0).

Already by the end the forces were reduced and it could not cope with the Campbelltown City (0: 3). In the current championship, “orange-red” in the league look good. For four matches they managed to score seven points and all thanks to two victories and one draw.

Adelaide Comets finished last year in second place. The team at the end of the league decided to get together and did not lose for seven games, which allowed them to occupy such a high place. Further in the playoffs, it was clearly unlucky. The club was defeated by Campbelltown City (1: 2) in the first stage and later in the semifinals it had to fail in the match against Metro Stars (0: 4). On such a terrible note, it ended the season.

In the current championship, the "blue-black", apparently, remained in excellent shape and showed already in five friendly games their fighting spirit. For five meetings they only failed once, namely against Metro Stars (4: 5). In the championship, “comets” are in ninth place and all thanks to three victories in a row.

MetroStars performed well last season and now, apparently, are not going to slow down. The team has lost only twice in the last ten games. And it happened in these two matches, where they were defeated, where they did not manage to score. Guests, as always, are at a high level. They show an excellent game not only in their native walls, but also on the road. The team in three of five away matches won victoria. It will be difficult for us to highlight the favorite. Therefore, we propose to put on a large total.

Our forecast is a total of more than three goals in BC 1xBet for 2.00.