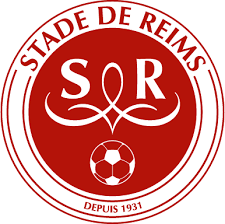 Between themselves, the upcoming rivals played nine matches. Marseille were able to win four times and Reims were stronger in two games. There were three draws between teams. Goal difference is 10-7.

Marseille cannot win in four matches in a row. During this time the club lost three and drew once. All these meetings took place at the "white-blue" in pre-season training. Before that, Igor Tudor's team won more often. In the last edition of Ligue 1, the club even managed to finish in second place in the table.

But Reims finished in 12th place in the French championship last season, being below the middle of the table. The club alternated defeats and victories, which did not allow it to rise above the tenth line. During the pre-season the Red-Whites won more often. Oscar Garcia's team played in July, including with Villarreal (0:1) and Sassuolo (2:2).

We believe that the outcome of this meeting is predictable. Marseille managed to finish in second place last season in Ligue 1. It is unlikely that Reims will be able to resist him for the full 90 minutes now. We are confident in the dominant victory of the Blue and White.

We bet on the victory of Marseille with a coefficient of 1.79 from 1xBet.

We are also leaning towards the fact that many goals will be scored in this game. Marseilles did not finish their pre-season in the best way. The club stopped winning. Of course, this fact does not greatly increases the chances of success for Reims. However, we still think that for two, these clubs will differ at least three times.

We also bet on total over 2.5 goals. In the bookmaker's line this outcome is estimated at 1.94.