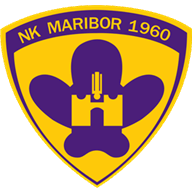 Opponents will cross in the semi-finals of the Europa League qualification. The first match will be held in Slovenia, where the hosts have excellent chances of winning. The strongest team in this confrontation will play against Silkeborg in the next round.

Last season "Maribor" won the championship of Slovenia, which brought a ticket to the Champions League. 36 rounds of the last championship brought 21 wins and seven peaceful outcomes, which corresponds to 70 points and first place in the league. At the start of the new tournament, the Violets beat Gorica (3:2) and lost twice, which brought the team to the eighth position, which is a step away from the relegation zone.

In the Champions League, the team started with a victory over Shakhtar Soligorsk, after which they lost to Sheriff and dropped out of the Europa League qualification.

Last season HJK took first place in the Veikkausliiga, which brought the team a ticket to the main club tournament in Europe. For 17 rounds of the current championship, Tony Koskel's wards have chalked up 11 wins and three draws, which brought 36 points and second place in the standings. The line of attack, which differed 25 times, played well. In the last two rounds, the Finnish champion beat Ilves (2:1) and Mariehamn (1:0).

In the Champions League qualification, the "club" beat the RFS, after which it lost on the sum of two meetings to "Victoria" (1:7).

In this match, we will give preference to guests who have an experienced squad, while the team is in excellent physical and emotional shape. We believe that the guests will be able to hold their own in the game against Maribor, which is still far from optimal.

Our prediction is an Asian handicap (0) on HJK and we bet on it through 1xBet BC with a coefficient of 2.31.

We assume that in this match we will have a minimum of attacks and maximum concentration in the defense line. The price of a mistake is extremely high, while every moment is given to opponents with difficulty.