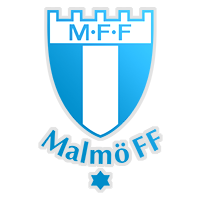 Only in one of their last four matches have Malmo conceded.

Malmo has already managed to pass one opponent in the qualification. The team of Jon-Dahl Tomasson left no chances for Riga. Having beaten the Latvians at home with a score of 1:0, the Blues didn’t bother too much at a party. A 1:1 draw was enough to pass. In the Swedish championship, Malmo are leading the table with 26 points, but Djurgarden is just two points ahead, while the opponent still has a game in hand.

HJK also managed to pass one opponent in qualification, but did it much more convincingly. Tony Koskela's team beat the Montenegrin Buduchnost at home with a score of 3:0, but did not stop there. The away champion of Finland defeated the opponent, scoring four unanswered goals.

The 1:2 defeat against Oulu in the last round did not affect the standings of HJK in any way. It remained on the first line and is six points ahead of the second KuPS.

Malmo are in excellent shape and clearly expect to break into the group. The Swedish champion definitely has the potential for that. In terms of the selection of players, the Blues are clearly stronger than their opponents. The Swedes have clearly more experience and Malmo is very good at home this season. Six wins and a draw in the last seven matches at Eled give a reason to give preference to the hosts.

We believe that guests have no chance. Prediction is Asian handicap (-1) at Malmo. In bookmaker 1xBet this outcome is offered with odds of 1.64. Malmo shipped five goals to Degerfors in the last round of the championship, but it hardly makes sense to expect such a performance even today. In the Champions League qualification, the Blues play cautiously and rarely force events and they will certainly use this approach today.